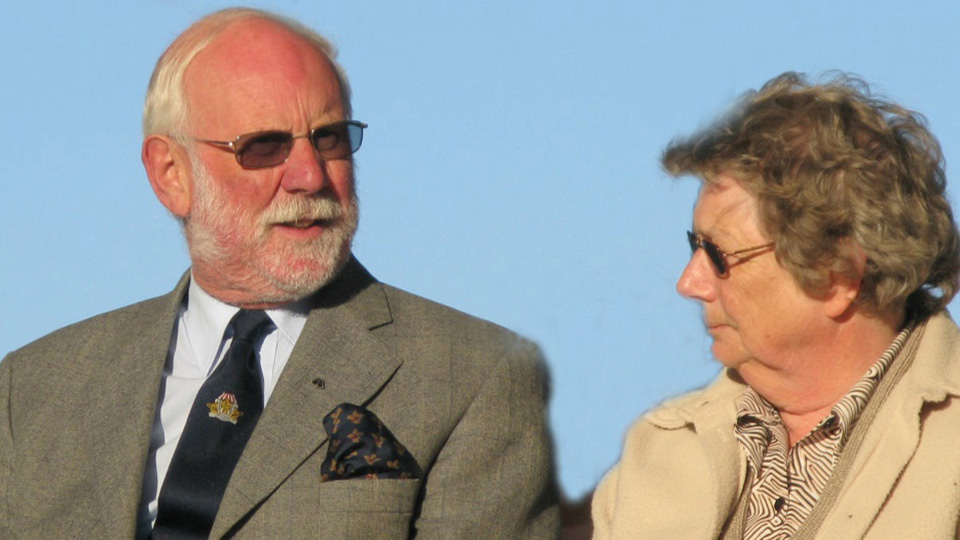 Tony Mansell provides our next slice of the Music Kernow pie as he explores the life and career of Cornishman Phillip Hunt. The author of three articles in the Music Kernow series, Phillip now finds himself under the spotlight.

In an article in 2015, Simon Parker1 wrote of Phillip Hunt’s love of music which began in art lessons at school. Why art lessons? Well apparently the teacher considered that the sound of music would inspire his pupils in the creation of their masterpieces. Phillip said, “All of a sudden, at the age of eleven, I was hearing Holst and Elgar and I was hooked.”

Like so many Cornish youngsters the obvious route into the world of music was to join a brass band and for Phillip, the next few years were spent cradling a tenor horn as he played at various events with the Torpoint Town Band. Brass Bands are involved in all sorts of public engagements and it must have been an enjoyable time for this young man with a burgeoning interest in music.

Plymouth City’s Mayflower celebrations in 1970 provided Phillip with his first opportunity to become involved in the non-playing side of banding. The first Mayflower Brass Band Contest was held at Plymouth Guildhall with the great composer Drake Rimmer as adjudicator. It was won by Woodfalls from south Wiltshire, a band with a long history of “carrying away the silver”. But who was the organiser and compere? Well none other than that rising star, Phillip Hunt. It was the start of a career that was to see him participate in so many events in Cornwall and Devon ranging from concerts to contests and from presentations to radio broadcasts.

Phillip soon became a member of the South West Brass Band Association and a founding member of the Council of the West of England Brass Band Associations. Surely a title in dire need of an acronym! He was now in a position to influence the “powers that be” and in 1983 he wrote to the BBC pointing out the long brass band tradition in Devon and Cornwall and suggesting that brass bands should form a part of their offering when the proposed Radio Cornwall and Radio Devon stations were launched. There was no longer any need for the question, “Who is this Phillip Hunt chap?” and his suggestion was received with receptive ears. In Cornwall, Ted Gundry, a founding member of BBC Radio Cornwall, was asked to present a programme entitled Bandstand but BBC Radio Devon made a more direct response by asking Phillip to take part in a Saturday morning programme to talk about brass bands. Apparently, even before they had received a reply from him his name was in the Radio Times. The interviews continued on a four-weekly basis until, in the autumn of 1983, he was asked if he would present a series of brass band programmes. In between all of his part-time activities he had a day job to take care of and, by now, he was the Regional Trading Manager for the National Trust in Cornwall with an office in Bodmin. It was a great opportunity but it meant a dash from work to the BBC studios in Exeter to record his programmes. Phillip is extremely lucky to have an understanding wife who shares his love of music.

Series followed series until, in 1985, Sounds of Brass became a weekly feature and in 1994 its coverage spread to other BBC Local Radio Stations including Cornwall. In 2004 the programme was given its own theme tune – composed by Kevin Ackford and played by Camborne Town Band. The programme was a hit and the rest, as they say, is history. Now, Phillip draws on his vast collection of music and interviews to produce his Sunday evening programme so eagerly listened to by his dedicated audience.

Despite the pressures of his job with the National Trust, his love of music, and brass bands in particular, continued to compete for his attention and in 2002 he began writing a brass band column for the West Briton and Cornish Guardian. This continued for seven years and there was widespread disappointment when the newspaper decided that it was no longer needed. For many, it was a great loss as it was often the only way of discovering what was happening in the Cornish brass band world.

Phillip describes himself as a “bit of a one-man band” but my impression is that he is also a team player and this is no better exemplified than his 13-year stint as secretary of the Cornwall Youth Brass Band. This group of young players started back in 1955 and is the oldest such group in the country. People like Phillip have participated in this organisation across the years and I have a personal understanding and appreciation for what they do, having been a member for a number of years. In its early years the annual residential course and concert was eagerly anticipated, it was a chance to play under some of the outstanding conductors of the brass band world and I will never forget the experience and the pleasure of playing under such figures as Eric Ball, Sir Malcolm Arnold and Geoffrey Brand et al. For many of us this was a great opportunity providing us with memories and friendships that would last a lifetime. Now there are two courses each year, one at Easter and the other just after Christmas, so no doubt this has doubled the amount of work involved. As with the early days of the Band, the courses are organised by a group of dedicated men and women who work free gratis with their only reward being the pleasure and benefit it brings to the young folk. For many years now, Phillip Hunt has been a part of this team.

Phillip tells me that his days as a concert compere are over but he did come to St Agnes a few years ago to help with our centenary celebrations. A number of past players returned to join with the current members and I well remember his quip that he would make the introductions a little longer to give the oldies a bit more time to recover their breath.

Seemingly unable to tear himself away from the Cornish brass band scene, Phillip is now involved as Publicity Officer with the long-established West of England Bandsmen’s Festival better known to those who love the event, as Bugle Band Contest. The first contest was held in 1912 and, whilst time has seen the demise of similar outdoor events across the country, it remains and is now unique.

Every so often someone who has given outstanding service to Cornish brass banding is called onto the stage at Bugle Contest to receive an award and it was a very proud Phillip Hunt who was honoured in 2010. However, not all of his acclamations have been from within the brass band world and in 2004 he was delighted to be made a bardh of Gorsedh Kernow2 for his services to brass bands, taking the very appropriate bardic name of Lef a Vrest (Voice of Brass).

Phillip has contributed greatly to so many aspects of the Cornish brass band movement: he has boundless enthusiasm and a commitment to whatever task he undertakes. His name has become synonymous with the brass band movement and to many of us he is Cornwall’s Mr Brass Band.

Music Kernow will continue in next month’s issue with Merv Davey’s insightful piece on the history of Cornish Dance Music and its links with Cornish social history. You can find the first article in the series here. You can also follow Cornish Story on Twitter and Facebook.

Tony Mansell
Tony is the author of a number of books on aspects of Cornish history. He has also been heavily involved with Cornish Story, sub-editing the recent 'Music Kernow' series and the current ‘Kernow’s Smaller Villages’ series. He was made a Bardh Kernow (Cornish Bard) for his writing and research, taking the name of Skrifer Istori. He is the website manager for the 'Old Cornwall Society' and a volunteer with the 'Cornish Music Archive'. His interests include Cornish history in general, the Civil War in Cornwall (1642 to 1646) and Cornish Brass Bands and their music.