Whilst collecting information for my books and stories I have interviewed many people, each with a tale to tell. It is surprising, therefore, that although my mother has led an interesting life, I had never sat down with pen and paper to record her story. The situation has now been remedied and this is just one piece from the life of Muriel Mansell, formerly Bunney née Merrifield of Fowey.

My mother was born in Fowey, in January 1920, a very different place from today. The car was not a familiar sight and most of the inhabitants were local. Strangers stood out, especially wealthy celebrities: it was a time when you touched your cap to such people.

Muriel’s story is of a lady who became a household name and who, for a period of two years, was her close friend. Many people have written an account of this lady’s life but the information here has not been gathered from a few fleeting interviews, it is the memories of time spent with someone who was to become famous the world over.

This, then, is Muriel’s story and I will let her tell it. 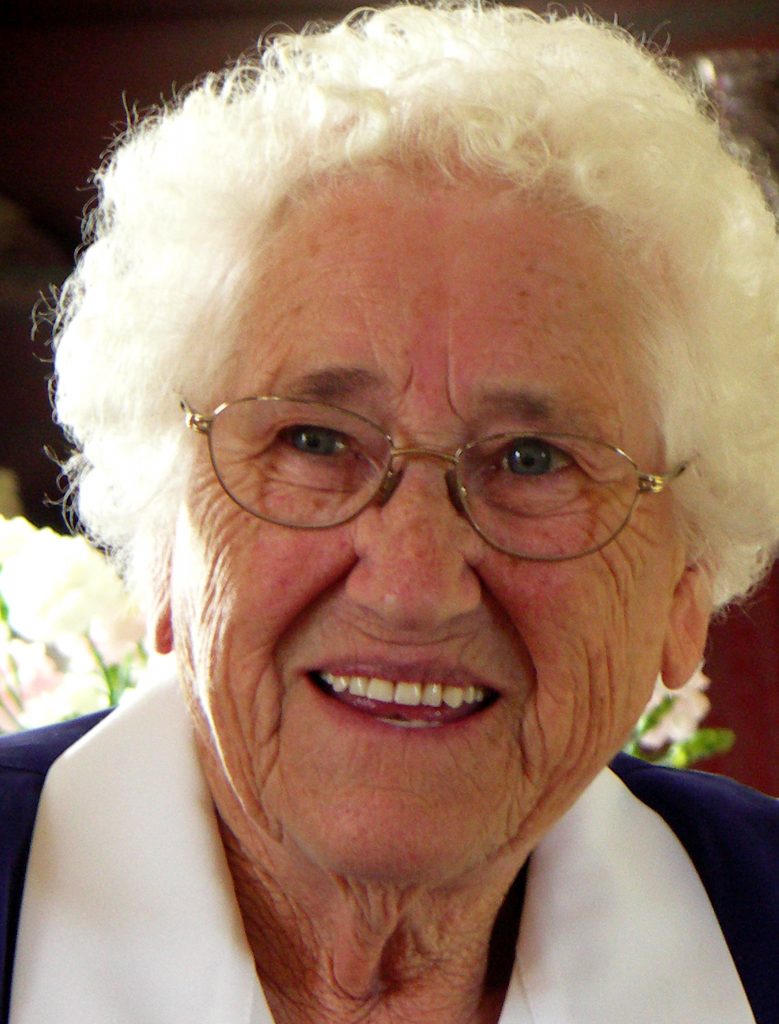 I have always enjoyed walking but how much better it is to stroll the narrow lanes and wooded valleys in the company of a friend.

I first met Daphne du Maurier in 1930, when I was about ten years old. I was playing with my twin sister in our front garden and she stopped to chat. When she had gone, my mother told us who she was and whenever she passed again we would speak to her.

I suppose she must have thought me friendly because she regularly asked if I would like to go for a walk. It was always me that she invited, never my twin. I do not think I ever refused and she would always tell me to go and ask my mother if it would be alright.

We would set off down the hill and then climb up through Covington Woods to St Catherine’s Castle, sit on the old armament bases and admire the magnificent view back up the Fowey River, across to Polruan and out to sea. After a while we would continue our coastal walk to the tiny hamlets of Coombe and Pridmouth. Our return journey was either by retracing our steps or by the contrasting inland route with its fields and tree-lined lanes. We would walk for miles and talk about many things: the wildlife, the beautiful rolling countryside, the town itself but I cannot remember any conversations about her writing. I do recall many other things so it’s not senility that conceals the detail from me. We did talk about Fowey and its people so perhaps the conversations were of things about which she intended to write but if she was seeking material, it was too subtle for me to detect.

The Cornish countryside was a delight to her and I can recall her saying how much she loved Fowey and that she was always glad to get away from London. She was keen to learn as much about the area as possible and I suppose, even at my young age, there were things that I could tell her.

The inland route took us past Point Neptune Lodge, where my mother lived in her later years. This was beside the main road into the town and from there we made our way down The Parade, the old estate drive, and back to our cottage in Readymoney. We lived at Point Neptune Cottage although most people referred to it as Readymoney Cottage. It was a part of the Point Neptune House estate, the summer home of the Reverend Cotes of London. My father was his head gardener and when I was fourteen, I went to London to work in his town house. It was a long way from Cornwall and city life didn’t suit me. I left after a couple of years and returned home.

Daphne du Maurier was born in London in 1907 and when she was nineteen, her family took a second home at Bodinnick. The house was called Ferryside and her son still lives there. It looks out over the river which divides Bodinnick from Fowey and must have been an inspiring location for her writing.

My father came from Polruan; he moved to Fowey where I was born. The town is special and my love for it has never diminished and although I now live on the north coast it is the place I think of as home. My younger days were spent at Readymoney where my friends and I played on its famous beach. I remember Daphne du Maurier sunbathing on the sand below the old limekilns. We used to stand on the grass area above and look down at her. She would be wearing just a pair of shorts and we were amused because topless sunbathing just wasn’t done in Cornwall in the 1920s.

The view from the front of our cottage was of the Fowey River. I once swam across it, from the beach to the headland on the Polruan side. It was a Girl Guide exercise and I remember being the only one to finish.

When Daphne du Maurier had taken me home, she would walk back through the town to catch the ferry to her side of the river and then make the short walk up to Ferryside. She was thirteen years older than me and I felt proud to be chosen as her walking companion during the two years that I knew her. Of course, to me, she was Miss du Maurier; in those days we paid more attention to age difference and position in life. Had it been in the present time I am sure she would have invited me to call her Daphne.

I was aware she was an author but it was before she was well-known and I certainly had no inkling that my friend would become a great writer. I now know that this period was the start of her literary career and that while I knew her, she wrote several short stories and her first novel, “The Loving Spirit”. Even before she became well-known for her books, her family had the status of celebrities when they were in Fowey. They were famous and extremely wealthy and I was very aware that her world and mine were poles apart.

Of course, Fowey had another well-known author at that time. Sir Arthur Quiller-Couch lived in a house called The Haven, near the slipway to the Polruan ferry. His daughter, Foy, was a friend of Daphne’s but I never met her.

This was over eighty years ago but my memory of Daphne du Maurier is still very clear. I remember her as very chatty and with a pronounced spring in her walk. She was very feminine but always preferred to wear trousers for walking; unusual for a woman in those days but very practical I suppose. The trousers didn’t detract from her femininity but I remember that when she stood with her hands in her pockets she could have been mistaken for a man.

It was when she was out walking that she first saw Menabilly; a large, impressive house owned by the Rashleigh family. She fell in love with it right away and many years later, in 1943; she moved there and stayed for twenty-six years. It was to provide her with the inspiration for some of her famous novels; many based in her adopted home of Cornwall.

She married in July 1932 and seemed to spend less time in Cornwall. Anyway, our walks had stopped by then and by the time she had moved to a house in Readymoney, some converted stables belonging to Point Neptune House, and then to her beloved Menabilly, I had been married and widowed. Bill had been killed in the war and I had a young son from my short marriage and was living in Truro. My husband had been one of the Fowey ferrymen and a part-time chauffeur and gardener for Daphne’s parents and when we married they gave us a fireside chair as a wedding present.

In a way our friendship continues through her books; I enjoy them and have read most of her main titles. If I’m honest I do find some of the more violent aspects of her writing slightly out of character with the young lady that I remember.

In 1969 she moved to Kilmarth, not far from Menabilly; I think that was where she died. I feel very privileged to have known such a famous author and sometimes, as I’m reading one of her best sellers, I wonder if she ever remembered the young girl who was her walking companion all those years ago.

Cover Picture:  An old photograph of Readymoney Beach with the cottage where Muriel was born partly obscured on the right. (I regret that I do not have the photographer’s name but will credit or remove it if the copyright has been infringed)

4 thoughts on “My Literary Friend”