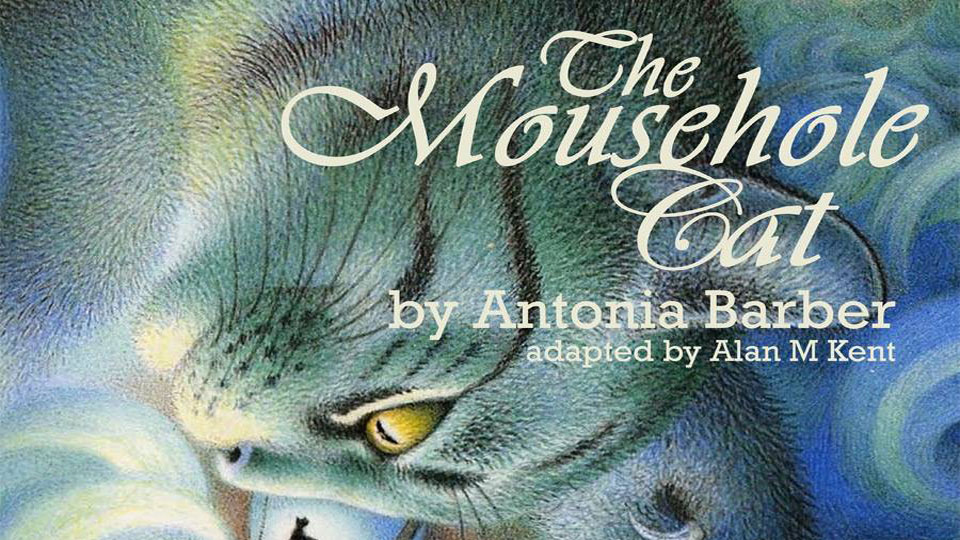 Join contributing writer Emma Gibbs as she delivers her sparkling review of The Mousehole Cat, adapted by playwright Alan M. Kent, which was performed at The Minack Theatre last month.

Last month, I went to the Minack Theatre to see the much-anticipated production of The Mousehole Cat, inspired by the children’s book of the same name written by Antonia Barber and illustrated by Nicola Bayley.

I used to read the book when I was a child and visited the theatre on a family holiday when I was just 8 years old. It was lovely to revisit a place from my past, now 21 years old.

The Minack Theatre is an open-air auditorium carved into the cliff top in Porthcurno, four miles from Land’s End, England’s southernmost point. It was built by Rowena Cade along with her gardener, Billy Rawlings. They decided that the cliffs below her garden at Minack house would be the perfect setting for a theatre, and over the winter of 1931 and into 1932 they moved endless granite boulders and earth to create the lower terraces. They carried on work until the late 1930s and for Cade the theatre became her life’s work as she was active on the site until her mid-eighties.

Adapted for stage by award-winning playwright Alan M. Kent and presented by the Dream Team, The Mousehole Cat follows the tale of Cornish fisherman Tom Bawcock and his cat who journey out to sea amidst a great storm.

As soon as Tom Bawcock walked onto the set, I felt a smile appear on my face – it was as though the Tom Bawcock I had known from the book had leapt from the pages with his friendly face hidden beneath a white beard, his blue woolly jumper and red neck scarf. All of the actors had a warm, authentic presence and helped the audience lose themselves in the story.

The puppetry was mesmerising and a few lucky audience members even got to stroke the cat. The guitarist’s music was immersive and enchanting, capturing the essence of the changing moods of the sea and Cornish weather. It was a truly wonderful production, bringing the heart and soul of the book to life. With a pinch of good humour, Cornish charm and stunning visuals this show is a heart-felt gem.

The views were beautiful. Although they could be a distraction, it was lovely to feel the breeze and listen to the light spray of the sea against the rocks below. If you were lucky you might’ve even witnessed a seal or a pod of dolphins splashing about in the distance.

‘with a few exceptions, the theatre presented at the Minack over successive decades has usually been imported, English, and canonical…The inherent Celticity of the theatrical experience at the Minack is perhaps more environmental, related to the cliff-side itself, Porthcurno, the ocean, Logan Stone and Treryn Dinas.’

It was great to see some Cornish themed material take to the stage, a perfect cultural harmony between setting and performance. I believe Kent’s adaptation of The Mousehole Cat has set the stage for more celebrated Cornish literature to be brought to venues like the Minack Theatre.

In the words of Alan M. Kent: ‘There is, in the public imagination, perhaps no greater symbol of theatre in Cornwall than the Minack Theatre.’

I can recommend taking a cushion and a warm blanket. It is very rare for a performance to be cancelled: be it blue sky and sunshine or thunder and lightning, the show must go on!

The Mousehole Cat ran at Minack Theatre until 3rd May. It was also performed at Trebah Gardens in Helford near the end of the month.

Enjoyed reading this article? You can also take a look at our review of a novel set in Cornwall here.

Emma Gibbs
Emma Gibbs is a student graduating from Falmouth University this year. As a novice gig rower, she spends every weekend on the water and in her spare time enjoys reading and exploring the hidden treasures that Cornwall has to offer.