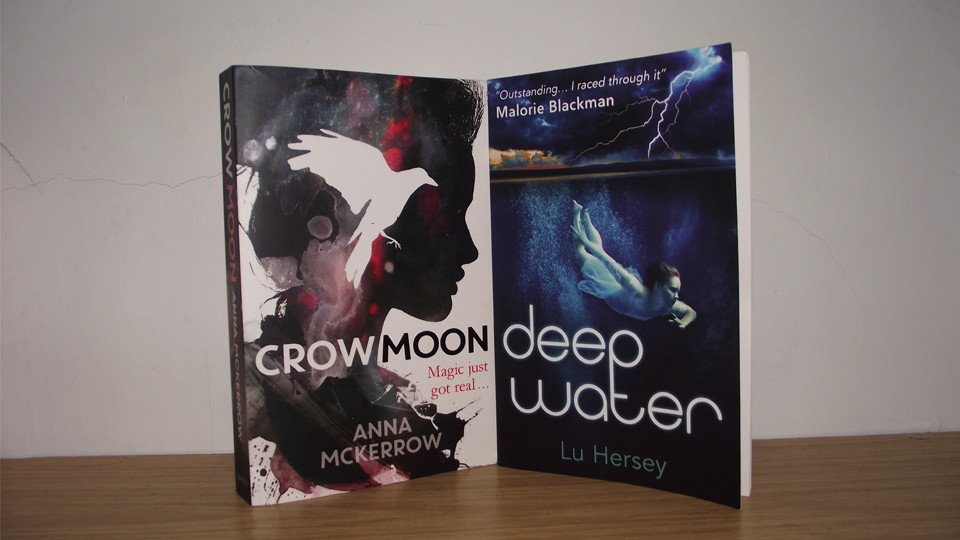 Both books are set in Cornwall and weave magic, fun and adventure into the heart of their stories. Read on to discover more about why they chose to set their novels in Cornwall.

It’s no secret that Cornwall has always been a treasure to writers throughout history. Writers such as Daphne Du Maurier. E. V. Thompson and Winston Graham have all shared their success with the landscape, bringing it to life with their beloved and legendary characters which still live on today.

Now, it seems that this love for Cornwall has made a ground-breaking comeback, sweeping the nation with stories of Poldark, mythical fantasies and the rich magical heritage that Cornwall seems to allow in fiction writing.

It’s easy to see why so many writers, past and present, are inspired by the Cornish landscape, not to mention the country lifestyle. Who can deny that its long sandy beaches, quaint seaside villages and hidden coves offer so many rich stories to tell?

Really, it’s no wonder that Cornwall has found its way into contemporary fiction right now, with all sorts of writers favouring it as a setting for their books. Bestselling authors such as Patrick Gale, Liz Fenwick, Sarah Winman and Kate Morton are among them, having used Cornwall as a starting point for their characters, from North Coast to South Coast, literary fiction to romance!

So what is it about Cornwall that is so appealing to writers?

Young Adult novelists Anna McKerrow and Lu Hersey spoke to Cornish Story about their newly released books and what it is about the landscape that pulled them into setting their stories in Cornwall.

Crow Moon and Deep Water were released earlier this year, both carrying exciting elements of magic, myth and fantasy – perfect for Young Adult readers with a thirst for the supernatural and, so it seems, perfect for Cornwall too!

As many people know, Cornwall has always been famous for its thought provoking myths and legends and both authors are aware of this, tying in the tradition of Cornwall being a fantastical and mystical place with fresh and captivating characters.

Crow Moon by Anna McKerrow is the thrilling first book of a trilogy series. It follows the story of Danny – a wayward teenage boy who is also a witch – in his battle against evil.

‘It seemed the logical choice for a book set in the Celtic magical tradition to use Cornwall as a setting,’ McKerrow says. ‘Cornwall has a rich heritage of witchcraft as you can see from the wonderful Witchcraft Museum! The landscape of the North Cornish coast in particular is dramatic and romantic, and has that mystical association with King Arthur.’

The novel is set in a divided society: Redworld and Greenworld. Redworld is essentially our world, filled with electricity and exhaustive resources, using fuel and taking things for granted. Greenworld is more of a practicing pagan society, which uses green energy and exists outside the walls of Redworld in the boundaries of Cornwall and Devon.

Danny learns to accept the responsibility thrust upon him to keep Greenworld safe and, throughout the novel, Anna McKerrow never fails to deliver a rich and tantalising image of the rough coast of Tintagel at its best, filled with magic and heart.

From fond memories of visiting Cornwall on holidays as a child and later with her own children, author of Deep Water, Lu Hersey, has always loved Cornwall for its myths and legends, landscape and wonder.

‘As a writer,’ she says, ‘I find Cornwall has the most amazing landscapes to set a story in. It’s full of old mines and tunnels, a dramatic coastline, wild moorlands and an impressive array of ancient monuments – all perfect writing fodder. It’s also a place steeped in myth and legend, and that’s what I like to write about – so for me it’s win/win!’

Lu Hersey is an original voice weaving adventure and soul into the platform of Young Adult fiction. The main character, Danni, in her debut novel Deep Water has to battle a different type of evil from McKerrow’s Crow Moon throughout the narrative; one which you might not at first expect.

The novel carries a perfect balance of fantasy and the supernatural with a grounded, down to earth style of writing, as the protagonist Danni discovers something magical about herself and her family’s legacy that she never even knew. In the end, she learns she must fight in order to get it back.

Both authors think the sudden burst of Cornwall becoming much more popular in the media is inherently a good thing.

‘It’s interesting what Cornwall gets noticed for,’ Lu Hersey says. ‘The things that make my heart sing are news items like the sighting of a blue whale recently and all the wild life things like basking sharks and dolphins that are so exciting to see (if you get a chance) when you’re visiting. Then there’s the commercial success stories, like Rick Stein restaurants and all the Cornish food industry innovations – I love that you can buy Cornish chocolate now, and it’s actually REALLY GOOD!’

‘It’s the POLDARK factor!’ Anna McKerrow relates when talking about how Cornwall has resurfaced recently. ‘It will be good for tourism which is key for the Cornish infrastructure. And it’s nice that some people will learn more about the fantastic mystical sites the area has to offer, and hopefully visit them.’

And of course – perhaps readers who have enjoyed McKerrow’s and Hersey’s novels who don’t live in Cornwall will want to visit too, or even explore the dramatic coastline of Tintagel and other places in North Cornwall.

‘I read a very interesting article in the Guardian a while back about the rise of the British mystical/wild landscape in art and music,’ Anna goes on to say, ‘and I think we as a nation are reconnecting to this wonderful landscape all around us.’

The second book in the Greenworld trilogy, following on from Crow Moon, will be released in March 2016. Anna is eagerly anticipating its arrival on shop bookshelves and online. With a special insight, she told Cornish Story what readers can expect from the next installment of the trilogy:

‘More magic, more tension, more war!’ she says. ‘Book Two forays into the Redworld so we can see first-hand what’s happening there. It’s mostly set in Glastonbury and that was fab as it gave me lots of lots of opportunity to write about the energies and landscape of that equally fantastic place.’

Meanwhile, Lu Hersey’s Deep Water deliberately leaves threads in the storyline open and, with that, readers will surely be anticipating a sequel to Danni’s adventures. With so much magic and mystical goings-on throughout the novel – and not to mention a blossoming romance – readers will not be disappointed by this enchanting and truly absorbing novel.

It’s clear to see that, despite both authors living outside of Cornwall, they capture the landscape, the mystery and the imagination with such heart and sincerity that these books are wonderfully hypnotic to read.

To end, Anna McKerrow fittingly describes Cornwall as ‘wild elemental magic to fall in love with’, while Lu Hersey likes to simply pinpoint it down to one word: Legend.

Both books are available to buy in book stores and online.

If you enjoyed reading this article, why not take a look at our feature on the North Cornwall Book Festival?