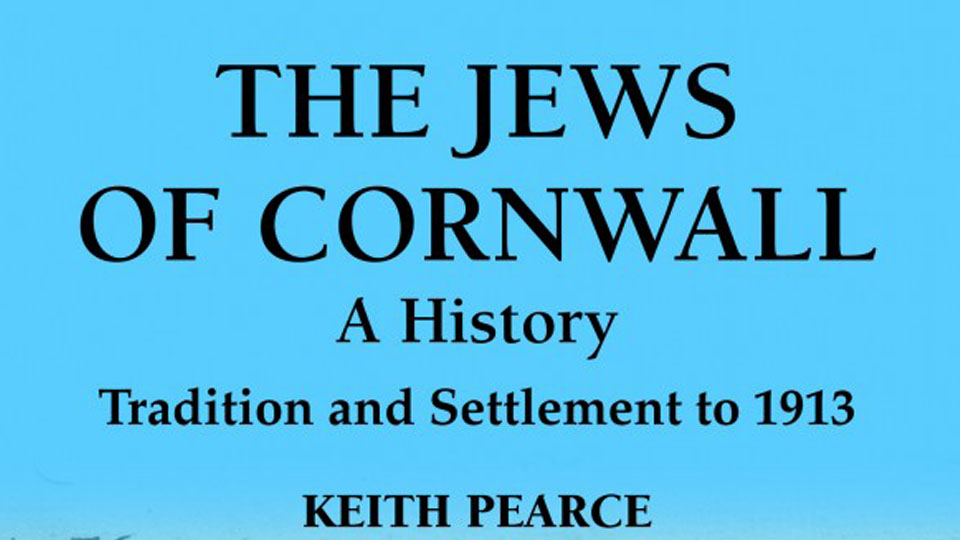 Dr Jo Esra presents a review on Keith Pearce’s recently published book: The Jews of Cornwall. Read on to hear her thoughts.

Building on his previous work in the co-authored The Lost Jews of Cornwall (2000), Keith Pearce’s The Jews of Cornwall aims to provide a comprehensive history of Jewish individuals and communities in Cornwall from the 18th century up to 1913.

Pearce – the custodian of Penzance’s Jewish Cemetery for nearly twenty years – has certainly fulfilled this aim in his scrupulously researched and beautifully presented book.

This book is divided into three parts. Pearce begins with a much-needed, in-depth critical examination of the traditional narratives, evident in folkloric, linguistic and toponymic histories, which have contributed to a persistent and largely unsubstantiated link made between Jews and Cornwall within antiquity.

Pearce identifies it was from the 1740s that Jewish communities began to be established within Cornwall, and it is these known histories which are explored in the subsequent parts of the book in absorbing detail. The first chapter of Part Two gives a useful contextual overview, with subsequent chapters providing separate histories of Jews in Falmouth, Penzance, Truro and other Cornish towns with minor Jewish settlements.

These latter towns include, amongst others, Redruth, Camborne, Hayle and St Ives in West Cornwall; St Austell in mid-Cornwall; and Bude, Bodmin, Liskeard and Launceston in North Cornwall: again, demonstrating the depth and detail of Pearce’s research.

The final chapter in this part of the book provides an intriguing history of Cornish Jews as Freemasons, arguing that the significance of Freemasonry to the Jewish community was related to the struggle for acceptance in Gentile society, and created important socio-economic opportunities.

The third part of the book concentrates on religious life, with a chapter giving biographical and geographical details of the Rabbis within Cornwall, and another on congregational life, including the finances involved with the synagogues. Pearce also provides a chapter focusing on Jewish cemeteries in Cornwall, documenting all legible headstones and providing many photographs and translations of the inscriptions from Hebrew.

This book has emerged from a huge amount of archival research, and Pearce manages to give, in meticulous detail, the names, biographies, family and trade histories of all the individual Jews within Cornwall within the known records.

He draws on many overlooked or previously unavailable sources, some of which are reproduced as images within the book: newspaper reports, family photographs, advertising flyers, birth certificates, synagogue leases and plans, naturalisation documents and so on.

Indeed, this book is the product of three decades of research, and undoubtedly The Jews of Cornwall is a unique, significant and substantial contribution to localised histories of British Jewish communities, and enriches our understanding of the religious, cultural and social histories of Cornwall.

This painstakingly researched, important and accessible book is invaluable to those interested in or researching the fascinating histories of British-Jewish communities, and is essential reading for those who wish to gain insight into the vibrant and multifaceted history of Cornwall itself. Highly recommended.

A copy of this book review will also appear in the forthcoming issue of Cornish Studies.

Dr Jo Esra
Dr Jo Esra is an associate researcher at the Institute of Cornish Studies and a lecturer with Humanities Penryn on the Penryn University Campus.