St Keverne is a civil parish and village on The Lizard in Cornwall. This profile of St Keverne United Methodist Free Church has been compiled by Terry Moyle.

Affectionally known as the “Ark”

Trades Directories 1856-1873 refer to the chapel as Independent

Very likely to be United Methodist

1872 – reference in Lake’s Falmouth Packet “The Wesleyan Chapel at St. Keverne is now undergoing repairs and is temporarily closed. The Wesleyans have borrowed a chapel in the village built some years ago by the United Methodists but now disused by this congregation”.

In early 1900s used by village organisations – Village band practice (1910), Recreation Room (1922) for the men of the village before the Working Men’s Club was built and by the Council School for cookery classes. 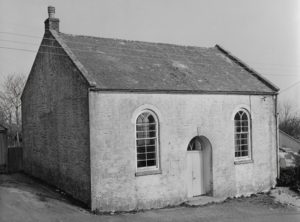 Used for Sunday services during the blackout in 2WW and on occasions when the Wesleyan chapel was out of use through redecoration and/or repairs in the 1950s.

Sold in 1970 (as new Methodist Hall being built) 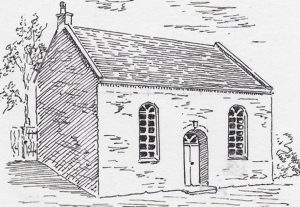 Converted into a shop in early 1970s 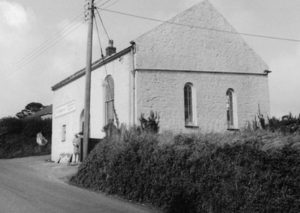 Later converted into a dwelling house