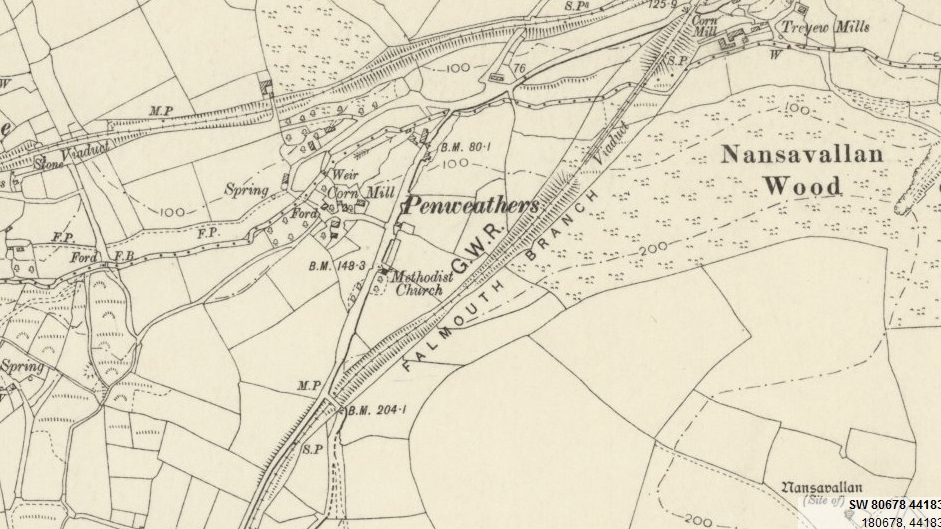 Penweathers is a hamlet in west Cornwall situated approximately one mile west of Truro city centre. The location names of Penweathers, Penwethers and Penwithers seem to be interchangeable. This profile of Penwethers Wesleyan chapel has been compiled by Tony Mansell.

This would seem to have been an early chapel but we have no information about it or its location. 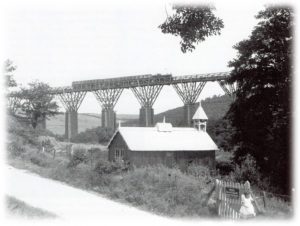 The Church of England Mission Chapel

“The general growth in prosperity & population during the 19th Century affected Truro & more places of worship were required. A wooden Mission Room with a galvanised roof and a bell turret was erected in Penweathers to serve this side of Kenwyn Parish. It stood in the meadow beside the railway embankment opposite the cottage on the sharp bend in Penweathers Lane. This room served as a school during the week and as a church on Sundays. The school later transferred to Baldhu ” (A small booklet about the original Highertown Church includes this about the above building – Maggie Saunders) It is included here because of the confusion between this and the Wesleyan Chapel and to avoid others grappling with the same problem.

Janet Tarr recalled, “One of the two cottages on the left was occupied by an old great aunt of mine by marriage. She was very involved in the Methodist chapel along the road certainly in my memory from the early 1950s (and probably before). At one time I think she held most of the posts within the Methodist Church Council there.”

Christine Skelton lived in Truro and she and her brother occasionally attended Penwethers Methodist Chapel on Sunday afternoons. She recalls it as a small building on the side of a hill which closed and was converted into a dwelling.