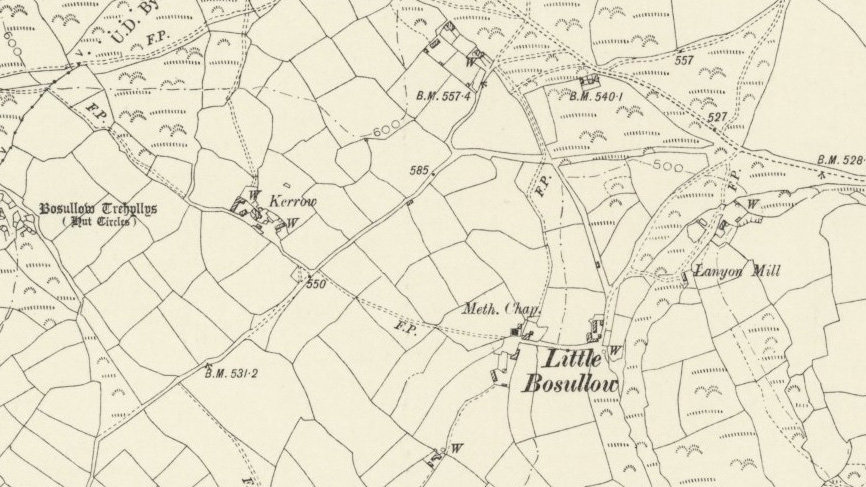 Little Bosullow is a hamlet off the B3312 Madron to Morvah road and, until recently, it was almost self-contained. There are many places of historic interest nearby including Chun Castle and Lanyon Quoit. Madron is a parish one and a half miles north of Penzance. There were four Wesleyan chapels and one Bible Christian chapel in the parish. There was a Sunday school at the school rooms and a Wesleyan Sunday school at the chapel; there were three other Wesleyan schools in the parish. There was a free school, initially for boys but now for all children. There were also schools for boys and girls at Heamoor and Bosullow which were supported by voluntary contribution and children’s pence. This Wesleyan chapel (TR20 8NS) profile has been compiled by Val Thomas.

The Reverand John Wesley preached here at intervals from 1742 to 1760.

C1760: A Wesleyan place of worship was built with an ash and cinder floor. This became too small and became the Sunday schoolroom when the 1845 chapel was built.

1845:  A new Bosullow Wesleyan chapel was built with seating for 200 people. Women sat on the left hand side and men on the right. It was built on land owned by Mr Saundry of St Levan who granted a 999 year lease. In 1865 he sold the site of the Sunday school for £6.00. 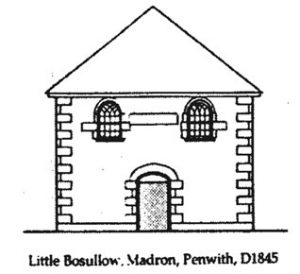 1878: The chapel was apparently renovated and reopened on 12th January 1879. 1880. The Sunday school records show 100 scholars, four superintendents, who were fined 4d for absence, 17 teachers and 4 secretaries, whose absence incurred a 2d fine.

1883: Bosullow was a mixed board school with Miss Jane Hokin as mistress. It was supported by Government grant and school fees. 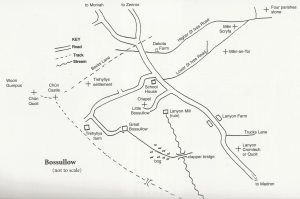 1884: Madron parish had five Wesleyan chapels: Churchtown, Trenere Road, Tregevera, Boswarthen and Bosullow. There was a chapel for the Bible Christians at Hea Moor (Heamoor) and another for the Primitive Methodists in the Churchtown. Madron is now a part of the United Benefice of Gulval-Madron

1907: This was a year for reporting of celebrations:

In the June was Bosullow Sunday-school festival which was held annually. At 2.30pm the teachers and scholars with Rev. E Marshall, Messrs H. Jenkin, J.H. James (superintendent) and T. Christopher (Secretary) formed a procession headed by North St Just Brass Band and marched to Lanyon. The children then had tea and buns. A public tea was provided in the school room at 5.00pm. Games were then indulged in. On the Sunday anniversary sermons were held. The evening service attracted crowds of people, some not being able to gain entrance! Collections taken amounted to £4.00. Mrs Christopher played the harmonium.

On July 28th there was the chapel anniversary. Mr. E. Woolcock of Gulval preached in the morning and evening. The choir sung appropriate hymns.

1922: Wednesday July 6th The “Cornishman and Cornish Telegraph” reported that tenders were invited for repairs and painting at Bosullow Wesleyan Chapel. Specifications were available from R. H. Green and T. W. Christopher.

1922: Wednesday October 25th The “Cornishman and Cornish Telegraph” reported: “The Bosullow Wesleyan chapel was reopened after renovation, and harvest thanksgiving services held on Sunday and Saturday… The chapel was tastefully decorated and a large congregation gathered for evening service… Mrs Harry was at the organ … The total cost of the renovation was £76. 17s. 10d. … The chapel was free from debt. The Morvah choir sang in the evening… The sale of fruit etc. followed on Monday.”

It was obviously a much easier process to find workmen in those days!

1927: September 28th The “Cornishman and Cornish Telegraph” reported: “Bosullow Wesleyans held their harvest festival services on Sunday. The chapel was tastefully decorated for the occasion. The preacher for the day was Capt. W. Ellis, of Pendeen.” 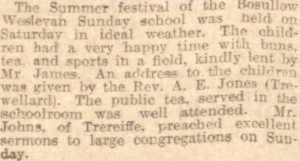 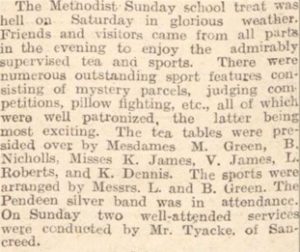 1936: The “Cornishman and Cornish Telegraph” of Thursday June 25 reported:

1940: An inquest was held at the chapel into the death of Mr Penberthy at the nearby mill. The mill apparently never worked again and his funeral service at Bosullow Wesley was very moving. “The inquest was on Robert Laity Penberthy, of Bosullow. It was held in the little old Sunday schoolroom at Bosullow, which is a lonely hamlet on the moor below Lanyon, on the left-hand side of the Madron-Morvah road as one goes towards Morvah. In the valley between Lanyon and Bosullow stands the ancient grey mill.” (The Cornishman and Cornish Telegraph Thursday March 7, 1940) 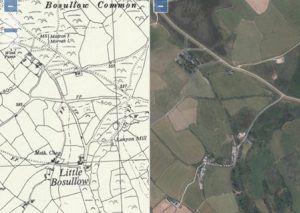 1978: A temporary arrangement was made for the chapel to be used for solemnisation of the marriage of Deborah Mary Lennox Green.

1991: The chapel was closed due to lack of congregation and became a dwelling.

1995: A service of blessing was held for Olivia Ruth Squire Green who married Alan Blake.

The chapel and Sunday school are both listed buildings which have now been converted into a large residence. 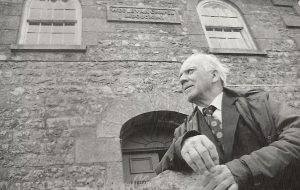 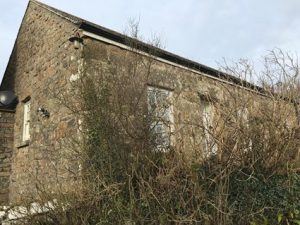 The original Bosullow Chapel – the front door leads onto a narrow footpath which now links Little Bosullow to a crossroads to the north. 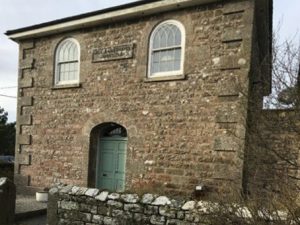 This image shows the date of the new chapel 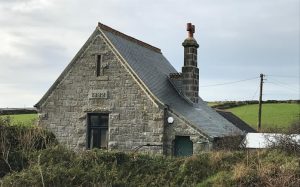 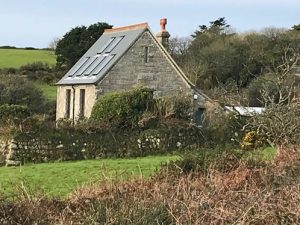 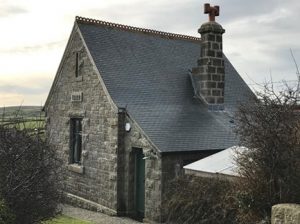 Extra information can be obtained from Kresen Kernow: