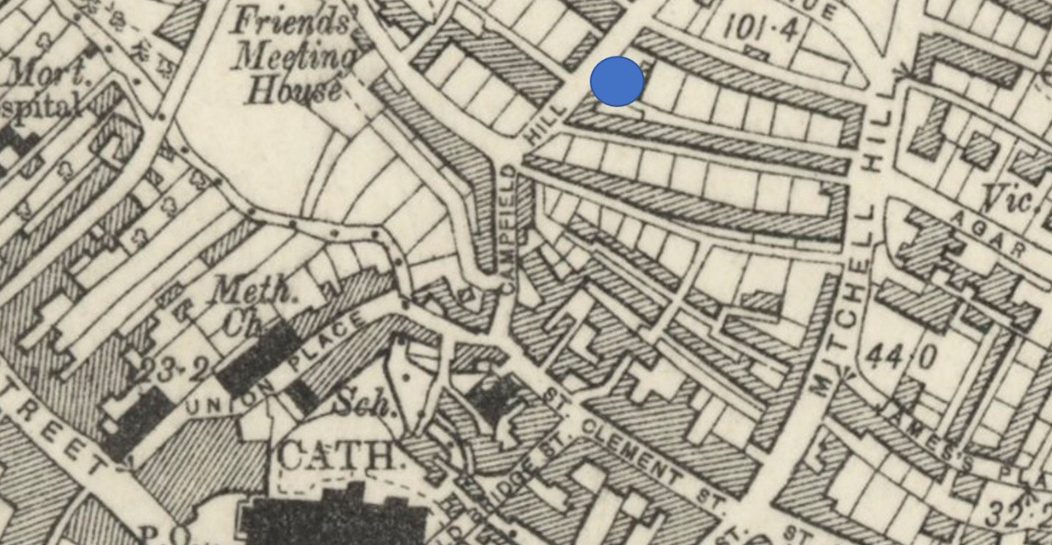 The Shouters or Trumpeters (probably derogatory nicknames) left Truro Bible Christian movement and built a chapel where indicated on the cover map. This profile has been compiled by Tony Mansell.

1814: Two middle-aged spinsters, the “very pious” Elizabeth and Mary Downe were expelled from Truro Bible Christian services for excessive fervour including shouting and screaming during the services.

1815: Elizabeth and Mary Downe founded a new order. It is not known if it had an official name but it was referred to as the “Shouters or Trumpeters”.

1817: Elizabeth and Mary Downe leased a plot of land in Campfield Hill on which they proposed to build a chapel.

The movement was said to have held enthusiastic revivals with violent prophetic warnings and trumpet blasts.

1821: A Church of England report mentioned that there were dissenters called Methodists in Truro: seceders from Methodism (probably meaning Wesleyans) which were Bryanites and Shouters or Trumpeters. The latter was said to have “very few members, chiefly women…”

The society ceased when elder sister died and the members joined the Bible Christians.