Lemon Wesleyan Chapel (Truro) was built in 1833 and remained in use until 1958. This profile has been compiled by Tony Mansell.

1830: The first Lemon Chapel built as a daughter chapel of St Mary’s Wesleyan Chapel in what was then known as John’s Street (later William Street). 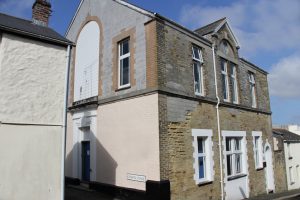