Thoughts of folklore, myth and legend lead our minds to times past when events, or maybe the creative mind, provided us with some intriguing stories. Here, Tony Mansell of Cornish Story has set aside his non-fiction activities and uses his imagination to bring us the first of his present-day Cornish tales.

Davie Pascoe stood on the quayside, his eyes fixed on the stretch of water and beyond. Opposite was a town and marking the entrance to the river was Black Rock, a large marker buoy.

His absence from the pub had caused a bit of concern but his mates simply thought that he was running a bit late. After all, a Saturday night without Davie was unthinkable.

The six lads had grown up together and spent most of their young lives in and around the river; their friendship was something of which their parents were proud. Since playschool, and maybe before, the boys had progressed together through all the early phases of life and the approaching marriage of one of them was something which they had vowed would not divide them.

But tonight something would happen. Something which would change their lives for ever; it was predestined. Davie knew of the sadness it would cause but he had no choice, he was powerless to alter even the smallest detail.

He glanced across at the twinkling lights and at their reflection on the still waters of the river; it was already beginning to dim. On the headland the majestic form of the castle stood out in silhouette form, a much larger structure than its sister on his side of the river. The two buildings were the ancient guardians to the entrance but not against tonight’s visitor. 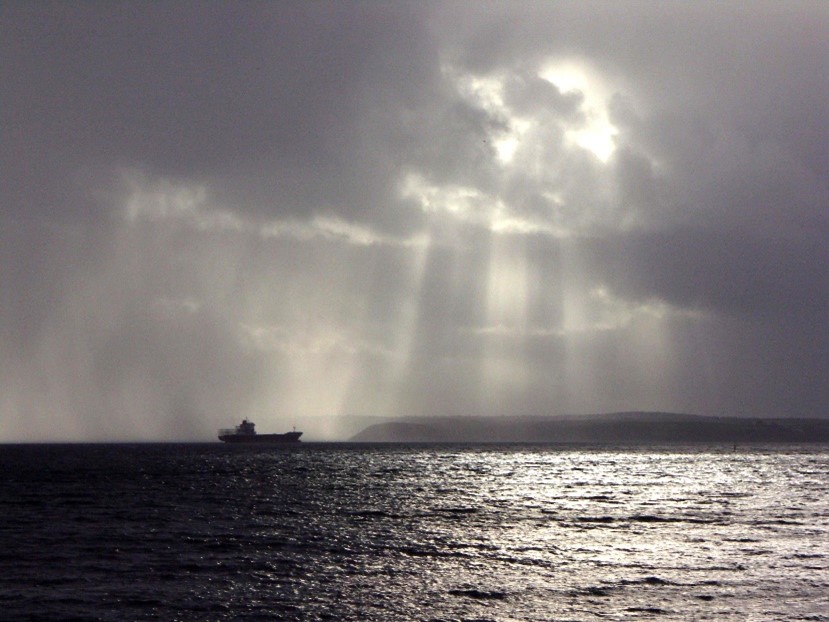 He took a swig from his hip flask and replaced it in his back pocket.

“Bugger me, what are ee doin’ out here Davie. On a promise are ee?”

He laughed, as one of his mates paused for a chat on his way to the pub. A twinge of conscience made him shudder but it was only a passing emotion.

“I’ll be up in a minute Mote, there’s something I have to do.”

“You alright Davie? You know ‘ow it is, if you got a problem then we’re with ee.”

Davie choked back the tears as he watched his friend stride out towards the pub. Nothing meant more to him than his family and friends, that was what made tonight so difficult.

He thought back to the good times they’d enjoyed. The encouragement when as a young lad he swam across to the rocks opposite the harbour: “Come on Davie, you can do it, tid’n that far”. The trips to the cinema with some of the local girls and the nights in the pub. They all liked their beer but it was more than that, those nights of friendship were etched on his mind. Now they would be memories tinged with sadness.

“It’s time you found a steady job Davie, you can’t go living on scraps for ever.” His mother’s words echoed through his head. He loved his parents and hated what his leaving would do to them but perhaps one day he would be able to see them again, to explain. It was a futile thought and he knew it but it did give him some comfort.

“Time enough for a job, Mum. I’m earning enough with the fishing and helping Dad, I don’t want to get tied down yet.” He knew there was no point in finding anything permanent, not with what he had planned.

There was something different about Davie, not outwardly and certainly not apparent to his friends. For some time his thinking and actions had been focussed on one event. Tonight was something he couldn’t share with them, something he dared not even mention.

He looked out over the river. The regular burst of illumination from the lighthouse would guide his accomplice through the mouth of the river and from there it would be plain sailing. He smiled at the unintended metaphor.

The mixed feeling of elation and regret was overwhelming, and he felt a prickly sensation in his scalp. He ran his fingers through his long hair. He wanted to be with his mates for one last time, to enjoy their company, to share their banter but he knew that he could not.

And then he saw it. His mind cleared of all other thoughts as he narrowed his eyes to focus on the movement. There were no lights to indicate its entry into the river, just the smallest of reflection and a hardly perceivable wash as the water moved aside in reverence.

Davie sprinted towards his old car, struggling to find the keys as he ran.

“You alright Davie?” Someone shouted from the half-open window of the pub. The question went unanswered, probably unheard as the engine burst into life.

The road to the meeting place is not conducive to speed but Davie’s urgent, even reckless, mood made the distance seem much shorter than usual. There was little traffic and apart from a couple of hairy moments it was a clear run. He stopped just above the church and quickly made his way down the steep, earthy path which ran through the graveyard. The headstones stood like soldiers in the half-light, guarding the bones of the dearly departed. “They won’t need to do duty for me,” he thought. 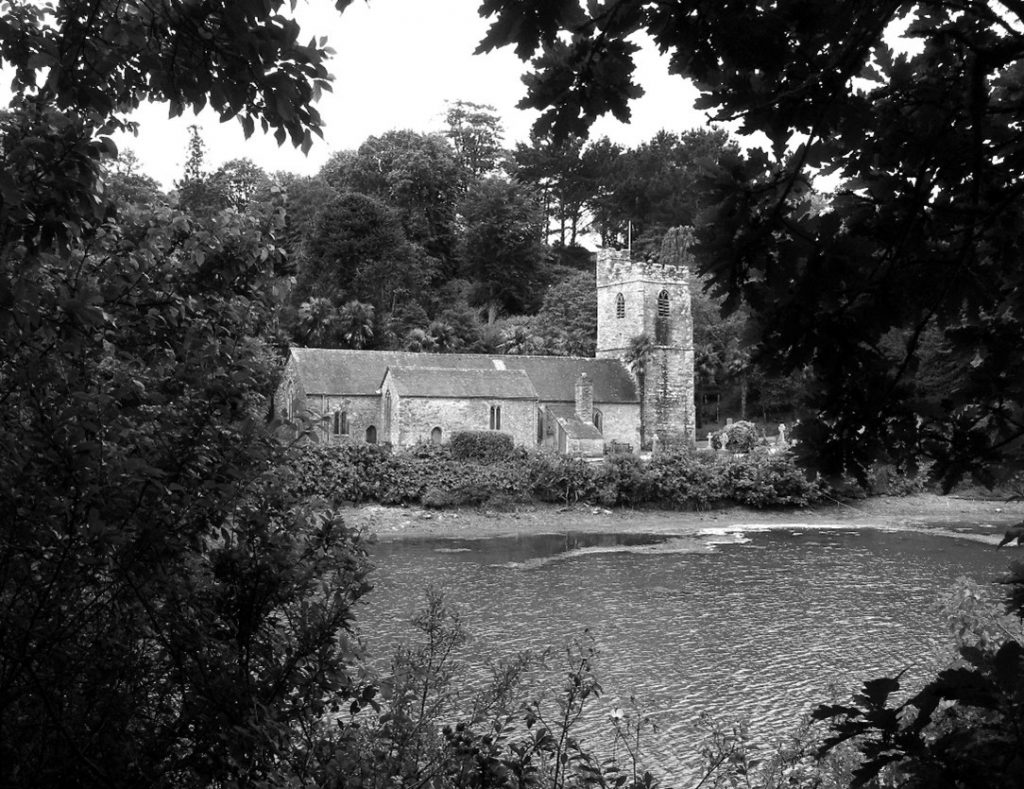 Now he was heading out of the churchyard and beyond, to where the river fills the creek at full tide. Without a pause he waded in and the water lapped against his legs. It was icy cold and yet he’d never felt more comfortable in his life and he knew then that what he was doing was right. Memories of a previous encounter flooded his mind, when he was a young boy, when some being had saved his life as he lay unconscious in the waters of the bay. Before he’d passed out he’d seen something, spoken to it and held it. From that time he’d been marked out for a different life to that of his friends. Many people spend a lifetime trying to discover their purpose in life – he had found his.

He’d always been a good swimmer and now moving through the water was effortless as his body adapted to its new environment. With anticipation and excitement he made his way out over the bar and into the river.

Only one person would know the truth about his disappearance. Annie Culliford had prepared him for tonight and he knew that the secret was safe with her. She lived by the water’s edge and had a greater affinity with the creatures of the deep than with the arrogant, less trustful beings of her own order. She would comfort his family and friends in a way that only she could.

A couple of hours later the police found his car; the keys were still in the ignition and the driver’s door was swinging in the breeze. “Someone in a hurry, Sarge, we’d better look around for a young idiot with a hell of a hangover.”

It was just before dawn when a beautiful mermaid and her friend glided past Black Rock and out to the safety of the open sea.

(Winner of the Gorsedh Kernow 2007 Short Story set in Cornwall) 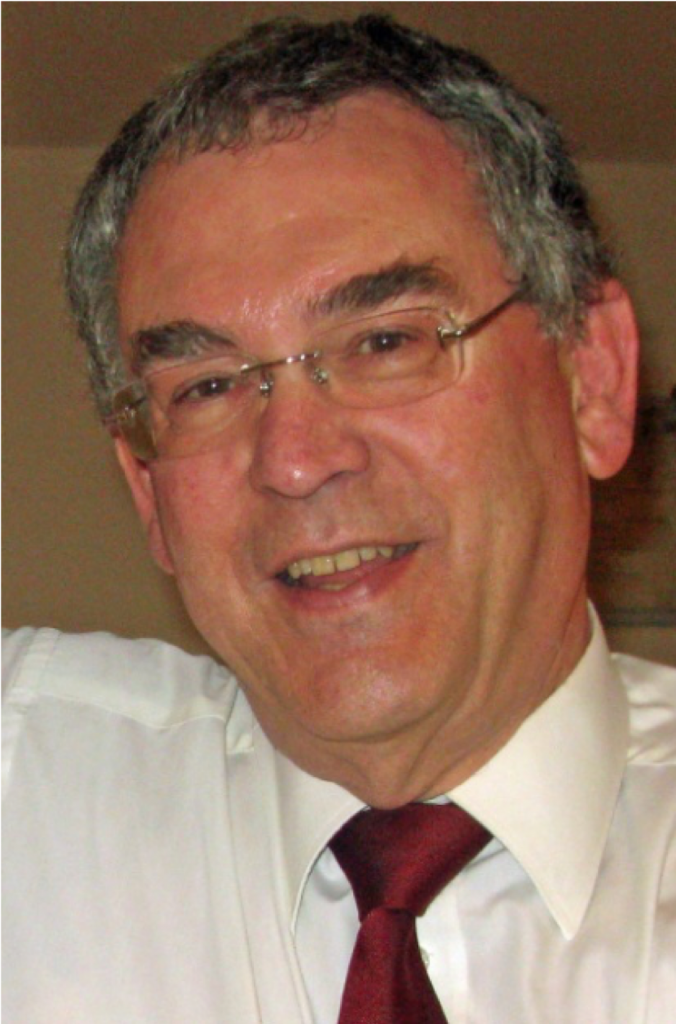 Tony Mansell is the author of several books on aspects of Cornish history. In 2011 he was made a Bardh Kernow (Cornish Bard) for his writing and research, taking the name of Skrifer Istori. He has a wide interest in Cornish history and is a researcher with the Cornish National Music Archive and a sub-editor with Cornish Story that works in association with the Institute of Cornish Studies.

6 thoughts on “The Rendezvous”