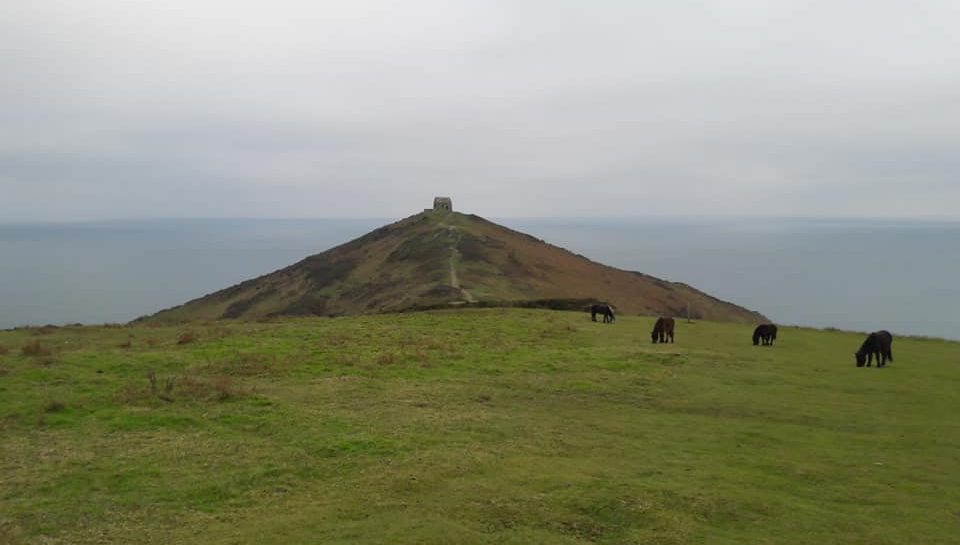 Robert Burroughs explores the legends and drolls of Wivelshire in the introduction to a new series. South East Cornwall is often referred to as ‘Cornwall’s Forgotten Corner’ in part due to its geography, but also to its local history. It was traditionally made up of the parishes of one of the old Hundreds of Wivelshire; Old English ‘Beetle’ Shire? Surely not I hear you say!

It probably derived from the original Cornish Kevrang (Hundred) of Gwithiel (Wooded) Shire; from which KevranGwithiel may have been anglicized to Withiel/Wivelshire. This part of Cornwall included an estate held by the famous King Gereint of Dumnonia, who gave land from his manor at Maker by Rame to St Aldhelm of Sherborne Abbey in the 8th Century AD. Hence it has also been known as ‘Gereint’s Gift’. Another derivation suggests that because of this, it might be originally from the West Saxon for foreigner, ‘Wealas’ or Wylismon’s Shire (Welshman’s Shire), when it was partly incorporated into the old kingdom of Wessex. This before the final boundary between Cornwall and England was declared by King Aethelstan to be the River Tamar. And it was this border that was recognized by the later Danish kings of Anglia; from Sweyn Forkbeard to Cnut, who continued to treat Kernow separately from Wessex. It was still being referred to as Estwelshire in a charter of Edward III in 1343.

This was ‘border country’ and the origin of the name, like the folklore, is elusive, a puzzle and hard to date, but remains still in the local place name Wiveliscombe (wooded valley?) by the river Lynher. Despite this ‘fuzzy border’ with England, the remnants of local folklore and legend indicate an identity with Cornish rather than Wessex traditions. Unfortunately, Wivelshire did not have its very own Bottrell or Hunt in the early nineteenth century. But the significance of a ‘Celtic’ origin in a common culture may be seen in the similarity of these tales to those found in their collections, where the sources were mainly the old drolls of central and west Cornwall. Although as Mrs Bray pointed out long ago, Dartmoor and the borders of Tamar and Tavy have their own unique heritage, as one local legend included here proves.

Many of the following Tales, Events and Characters derive from a number of Cornish local and oral history projects, sponsored in part by the Institute of Cornish Studies from 2001 onwards, culminating in Agan Kernow and associated with the ongoing Mazed Project at Liskeard and the later Rame Gateway Project at Sheviock. These projects were not specifically focused on folklore, but it was suggested the author might provide readable literary versions of the fragments that had been collected or referenced in other sources that refer to the character of ancient Wivelshire.

Authentic folk tales are not necessarily suitable reading matter for children, let alone adults, even early editions of the Grimm brothers and Von Schonwerth were often selective and ‘suitably’ edited. In addition, tales often include beliefs and prejudices that are not acceptable today, or even comprehensible, without some kind of historical commentary, which the footnotes hopefully will provide. I have included every bit of ‘lore’ and ridiculous nonsense that was available and then created some more of my own from childhood memories, purely to entertain the ‘serious’ reader. The ‘entirely’ fictional elements may be blamed ‘entirely’ on the author, who fully accepts the publisher’s accusation that this is ‘nothing but a work of fiction’ describing the adventures of entirely imaginary characters and NOT real people; (particularly not the Cornish Hoteliers Ass’, the Hessenford W.I. or the ‘Rusty Old Rescorla Accordionist’, who have all received apologies).”

This series for Cornish Story will seek to explore the stories of Wivelshire. It will investigate the history of a landscape in relation to its characters and stories. It is envisaged that Drollercoaster will eventually be published as a book with stories, old and new; from legends and folktales of South-East Cornwall, with associated educational strolls and traditional recipes.

Copyright of the author; not to be copied or reproduced in whole or in part without the author’s permission

Robert Burroughs was born and grew up in southeast Cornwall. He returned to Cornwall some twenty years ago after an academic career in European Studies and History. His interest in European folklore inspired him to return to his roots and collect examples of local  folklore, including his own family’s legends, japes and jokes. Other tales and anecdotes come from oral history projects sponsored by the Cornish Audio Visual Archive and the Institute of Cornish Studies. A sample of these literary and fictional adaptations will be published in Cornish Story over the next few weeks, hopefully to provide some relief from the ‘lockdown’ and any ‘cabin fever’ readers may be experiencing. They may provide some insight into the Ertach Kernow or Cornish Heritage of ‘Cornwall’s Forgotten Corner’: The Drolls of old Wivelshire.