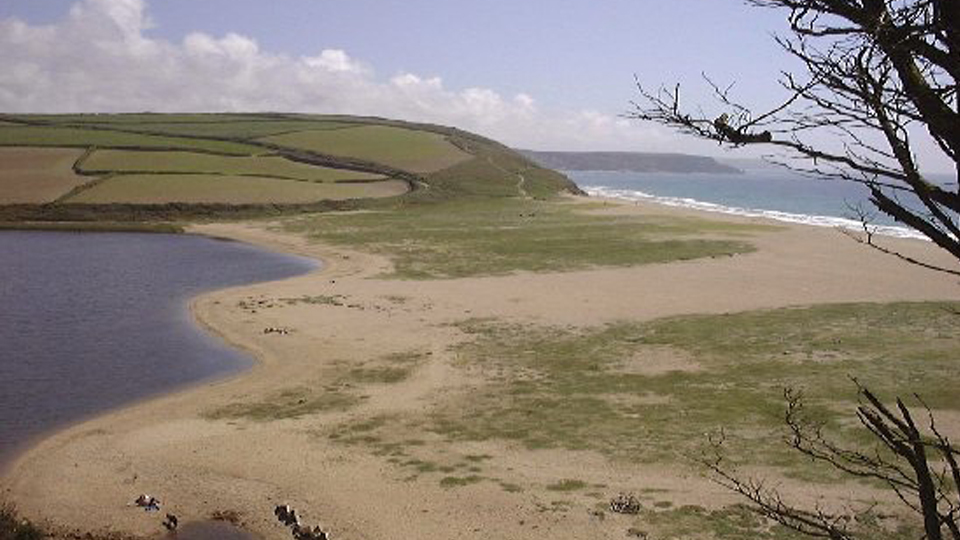 Every seven years somebody dies down there.

The son of a local farmer, aged twenty seven,

Drowned after his horse bolted from a stone gap;

Into the mud-fast depths and couldn’t be recovered;

A group of friends, out celebrating New Year’s Eve,

Were taken under by rough waves and a body,

Sea-cold, was spotted by a fisherman the next day;

A spurned husband packed his pockets with rocks;

A walker, not local, slipped with the shifting sands.

The pool, even on a clear day, is beautifully cold

And only cut from the ocean by a slight shingle cord.

Waves can rise like full moons on one side, blue

And bone-bright, and fall flat beside a drift of stars

Upon the other: a mirror of feet beneath the light.

A lady won’t go down there by herself; she says

There’s nothing human, only something uncanny.

Is the boy who went to retrieve his ball still searching?

Were the girl bathers ever watched by the faceless man?

The curse is a myth, and like all myths it is a truth

Explained through stories, through us: the living.

Joshua Schouten de Jel
Joshua graduated from Plymouth University with a BA in English and Creative Writing and an MA in English and Culture. He grew up around the north Cornish coast, and in turn the rugged coastline has always remained a constant influence on his poetry.