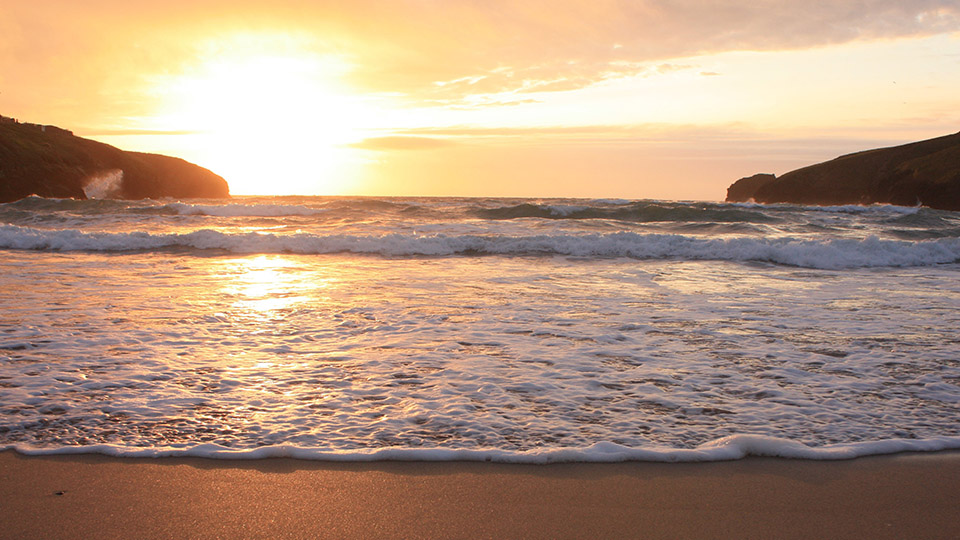 Christine Lamb is a Californian girl who identifies herself as Cornish.  As a member of the California Cornish Cousins, she has written this article explaining her love of Cornwall and what it means to be Cornish overseas.

While I am only one-eighth Cornish, it is the bit about myself that I like the best. Growing up, I have always been a Cousin Jenny. It has been a part of my life as long as I can remember. When I was little my whole family would go out to the California Cornish Cousins meetings and we would eat pasties and listen to people talk about the beautiful countryside in Cornwall – and the lovely people who lived there. In those meetings I heard about King Arthur, St. George and St. Piran. To me, it was this magical land, full of wonders and beauty – with Tommyknockers, Pixies and Mermaids.

At yearly Cornish Cousins gatherings we would go to places throughout California that were significant to our Cornish heritage. But in 2006 my family and I were blessed to go to Cornwall, or Kernow, and I must say it was everything I imagined.

Well, except for the Mermaids.

We met some family of ours who still live in Cornwall and saw the Lawry family home in Zennor called Lady Downs, where my Great Great Grandfather grew up. It was like all the stories I had heard were real. Being there and seeing the place – not just in pictures but in real life – I could smell the ocean and feel the breeze.

We walked the trails along the blustery coast, and enjoyed the pubs where we could get a nice, warm pasty. We visited many places: among them we saw Tintagel and visited St. Michael’s Mount.  Sometimes we just enjoyed driving around and looking at the farms, all the while driving on the wrong side of the road for us!

In California, the oldest thing you’ll find is from the 1800s but St. Michael’s Mount has been used dating back to 350 B.C. The buildings and countryside were like nothing I had ever seen, like nothing here in California. The country is filled with rich history and interesting people.

Visiting Cornwall not only made these things real to me, but it changed my outlook. I was no longer just about half German and an eighth of each English, Welsh, Scottish and Cornish. I was Cornish, with some other things mixed in.

When people ask me where I am from now I say, “I’m many things, but I am Cornish.”

It’s a whole way of mind, to think Cornish, to love Cornish. It’s not the blood in me that makes me feel so much love for the place; it’s the memories and the people and the history.  Being Cornish, to me, is not just being able to claim this heritage. It’s knowing it and loving it. It’s  knowing that my family worked in the mines, that they ran a farm, that they were musical. It’s being able to relate to them, to feel like I know them.

Because of the lack of jobs, my Great Great Grandfather, Richard Henry Lawry, left Cornwall to go to New Zealand. Once there, he got into some trouble and returned to Cornwall to find there were still no jobs. His sister, who lived in Ishpeming Michigan, told him to come to America and that he could work in the mines.

In about 1890 he did just that. He went first, then sent for his wife and children. They lived in Ishpeming, and in 1893 my Great Grandmother was born, a first generation American and full blooded Cornish.

As she got older, my Great Grandmother Mable Lawry had a beautiful voice. So her parents got some money together and sent her to the University of Michigan’s Music Conservatory in Detroit. She sang a bit in the upper peninsula with John Phillip Souza and, back in Detroit, in the clubs and such. That is where she met my Great Grandfather, Scudder Chamberlain. They had two children; the older of them was my Grandfather Richard Henry Chamberlain. He had five lovely children and the second to youngest is my mother, Julie Beth, who married Rex Lamb, and I am their youngest.

As a kid I was surrounded by Cornish culture. I would see it on our tea towels with Cornish scenes, to singing “Trelawney” and “Up Cambourne Hill Coming Down”, from eating Pasties to even the way my mother always puts milk in our tea, it’s all made me who I am.

Growing up Cornish was so very much a part of my daily life. Being a Cousin Jenny made me different from other kids. It gave me this uniqueness And no matter how many times they laugh at the word Cornish, I can pronounce pasty correctly, and other words like Trevithick and Tintagel and Celtic. I actually know where to find Land’s End and Penzance and I think that’s all pretty cool stuff.

Some people may not know their heritage or family stories, or even want to know, and I am sure there are some who wished they never knew. But I know I will never forget about the lovely place that my ancestors called home, that same place I have grown to love and cherish so dearly.

© Originally published by Cornish Story in 2013.

Christine Lamb
Christine lives in California. She and her family are actively involved members of the California Cornish Cousins.