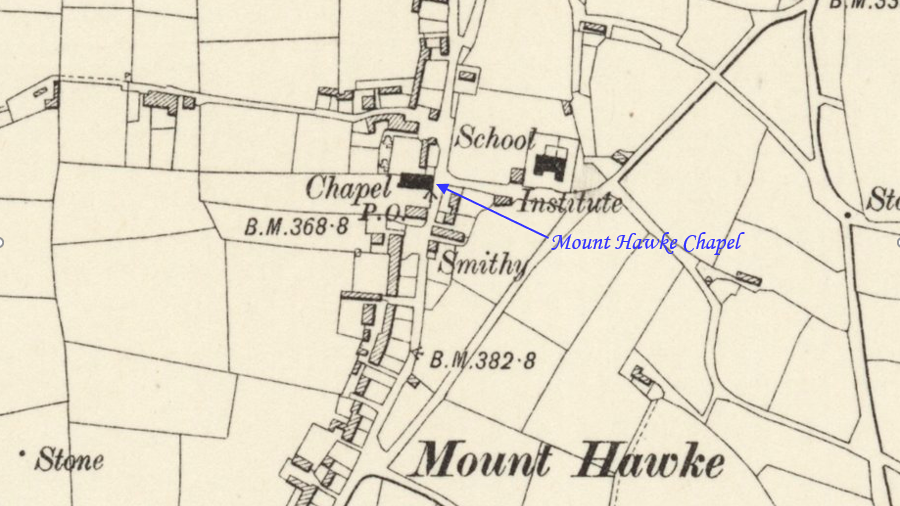 Mount Hawke is a village approximately eight miles west-northwest of Truro, five miles north-northeast of Redruth and two and a half miles south of St Agnes. The Wesleyan chapel was built in 1820. This profile has been compiled by Clive Benney & Tony Mansell.

1820: Chapel built on a site described as, “… a piece of land five yards in extent purchased for the erection of a meeting house in Banns, at a place called Mount Hawke.” (The unit of measurement referred to is a Cornish unit, larger than English yards)

“A piece of land was purchased for £2 and the transfer was completed by the delivery of a Rod. The Trustees furthermore agreed to pay as rent the sum of two pence per annum. This annual charge was commuted by a cash payment in 1903. (The Mount Hawke Wesleyan Church centenary booklet produced in 1920)

The author of the 1920 booklet is not identified but he, or she, goes on to say, “It may come as a shock to learn that all the arrangements preliminary to the erection of the chapel were made in a public house.” This was at a Court held at John Opie’s in Churchtown, St Agnes.

Miners were the First Trustees: “The names of the original trustees of the chapel in 1820 were William Tyack, William Martin, William George, Simon Wilkins, James James, Christopher Whitford, James Tonkin, Simon Reynolds, George Martin, John Richards, James Rosewall, Edward Nettall and Francis Harris. Of these 13 men, 11 were miners; one man a blacksmith and another a yeoman; mining was obviously the sole reason for the existence of the village. In 1831, four names were added – James Nicholls, Richard Richards, John Libby and William Harper.” (The Journal of the St Agnes Museum Trust No. 9)

“It is noteworthy that, despite the restricted educational facilities of that day, each, with one exception, was able to inscribe his name on the trust deeds in a good, legible style…” (The Mount Hawke Wesleyan Church centenary booklet produced in 1920)

1864: An area of the field adjoining the Chapel was purchased for the sum of five shillings: this enabled a passage to be built at the south end of the Chapel, as a means of entry to the rear of the premises. 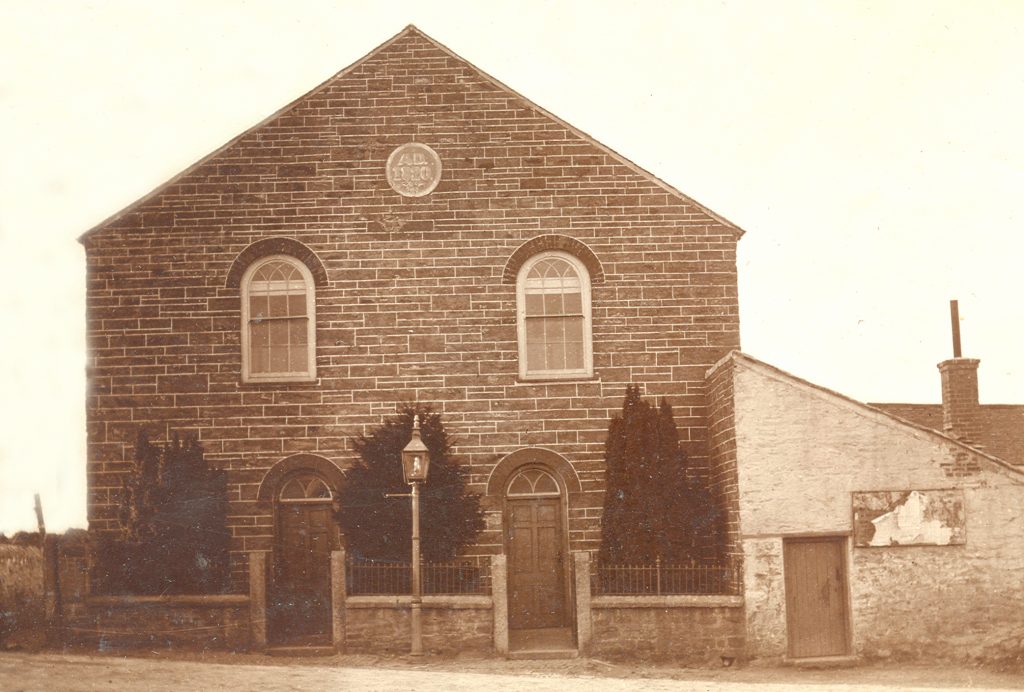 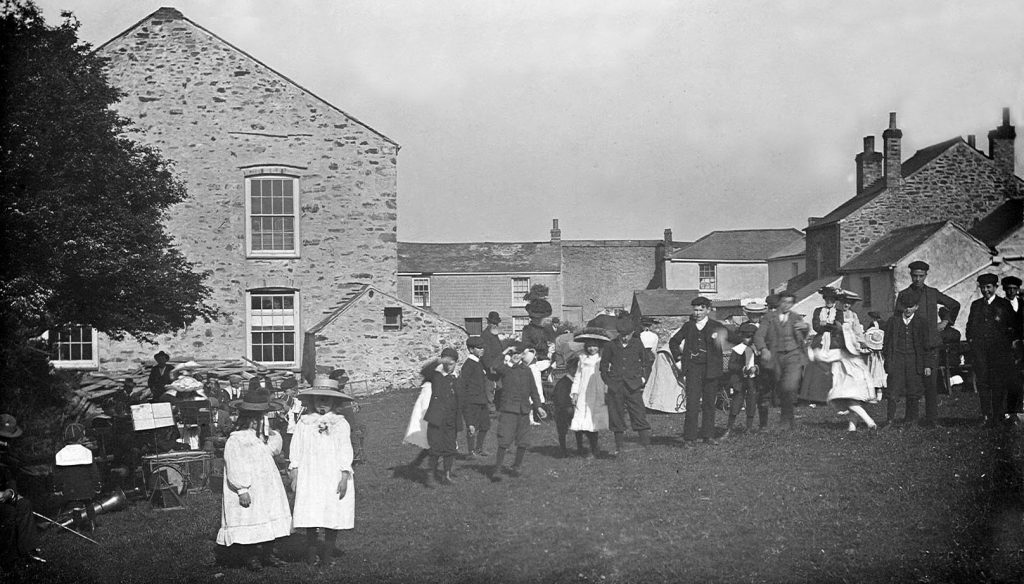 The rear elevation of the chapel and considering the presence of brass instruments, it is probably a tea treat (Photo: courtesy Clive Benney)

1903: There must have been hours of discussion on one particular matter. Despite promises to the contrary, Mount Hawke Wesleyans had decided to renovate their church rather than build a new one. It took several meetings to arrive at this decision and the parties were so evenly divided that it needed the casting vote of the chairman. (RCG 2/4/1903)

But then, in a remarkable about turn, it was to be a new chapel after all with the estimated cost at between £1,000 and £1,200. Plans were put in place to raise the money, but the first setback was the contribution from the 20th Century Fund which was to be only £100. There was to be further disappointment when it was discovered that the Connectional Chapel Committee would only provide a similar sum. (RCG August1903)

Raising sufficient funds was going to be a problem.

The scheme was back in the melting pot and because of the lack of sufficient funds, it was decided that Mount Hawke would not have its new chapel. Instead, the front façade would be re-built, the building renovated, and new seats installed.

1906: Mr Moyle of Chacewater undertook the work for a contract price of £700. 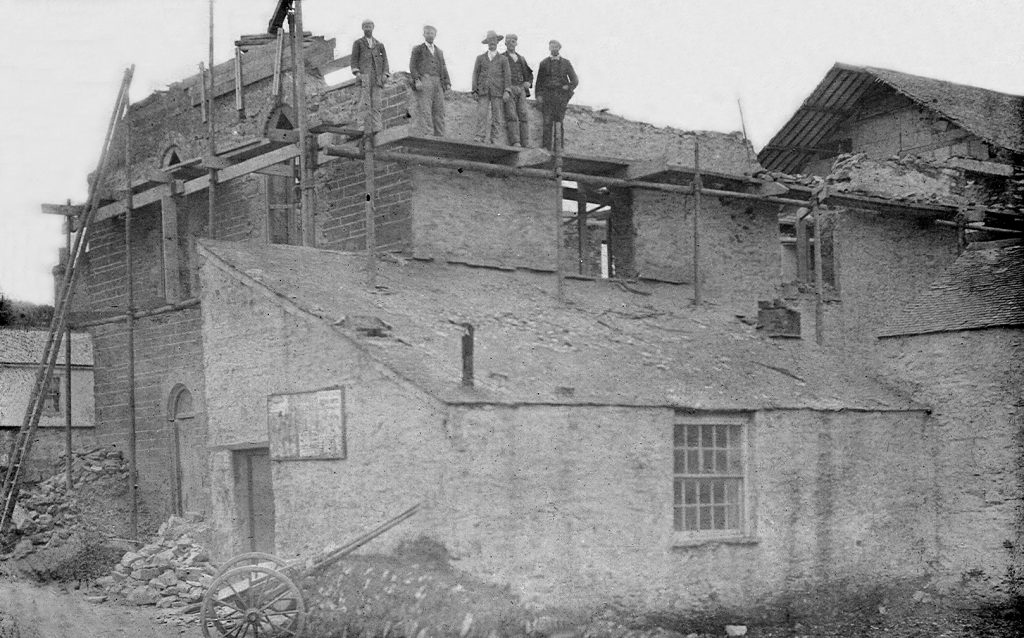 The 1920 booklet informs us that the building was illuminated with the Litz gas system, the first chapel in Cornwall to use it. Low-pressure hot-water pipes were used to keep the place warm and there was a good two-manual organ, for which, it seems, there had always been an honorary Organist. The Society was almost free from debt. 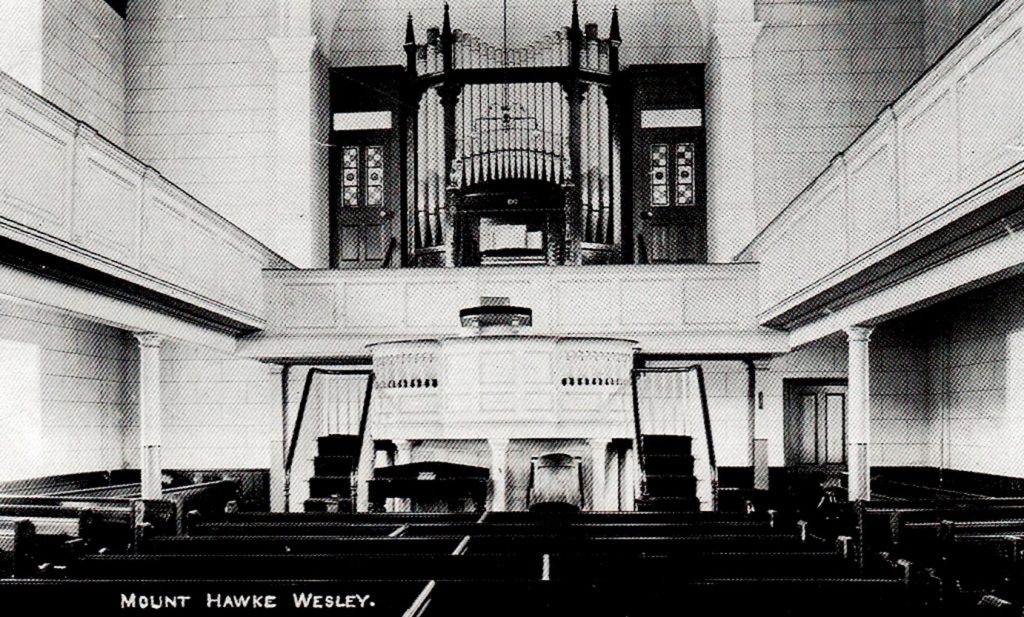 Circa 1910…The interior of the renovated chapel (Photo: courtesy Clive Benney) 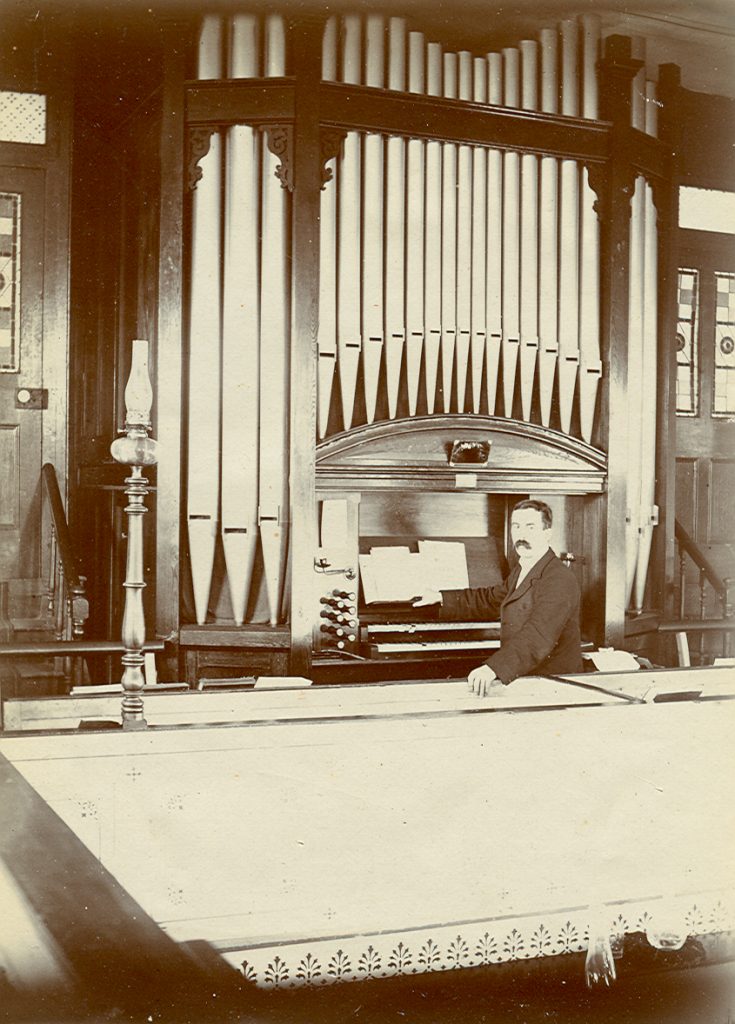 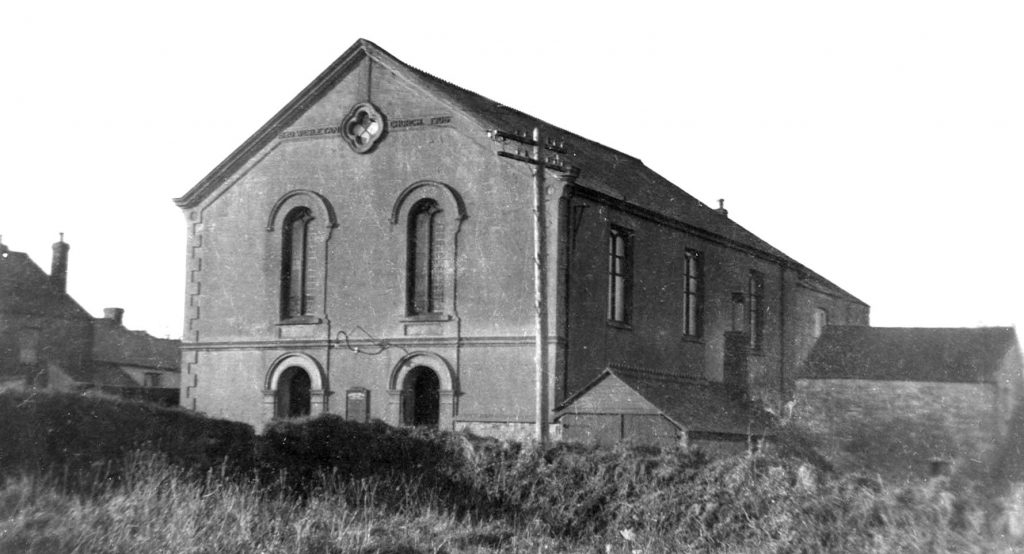 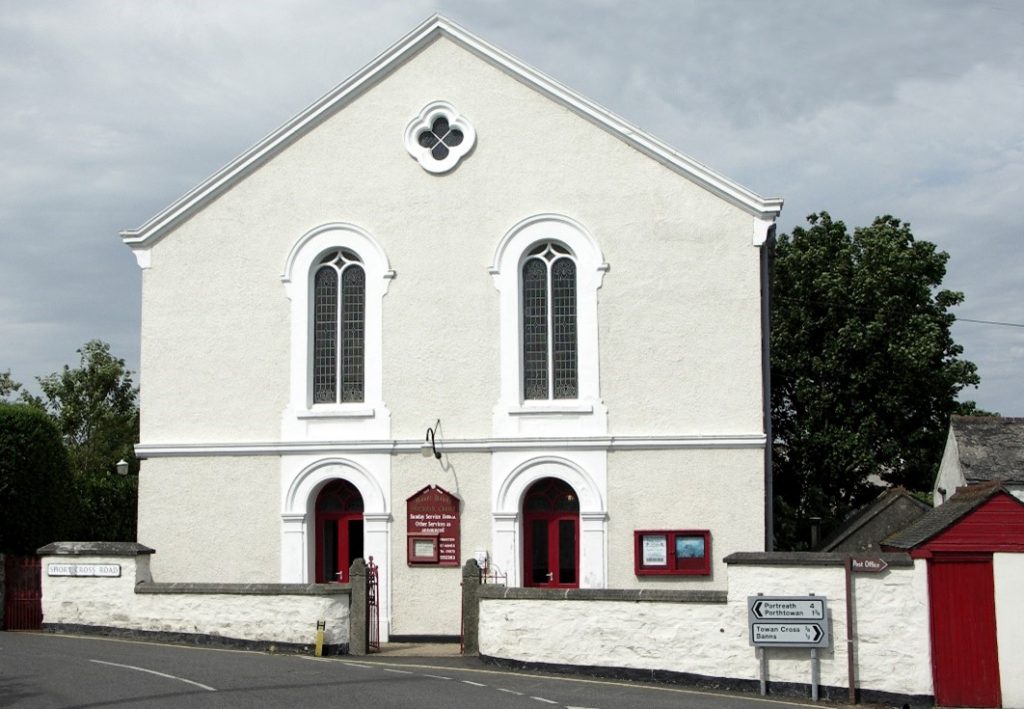 1990: Following the renovation of the organ a service of re-dedication was held on the 28th March 1990.