Mawla is a village south of Porthtowan in Cornwall where the original denomination of the Methodist chapel was Wesleyan but the build date is unknown. This profile has been compiled by Clive Benney & Tony Mansell.

1805: Lysons referred to the remains of an ancient chapel at Mola.

1842: Mawla Wesleyan chapel built with seating for a congregation of 120.

The chapel was also used for the Sunday school.

The chapel was “by the side of the high road to Menagissey, about half a mile beyond Mawla Farm”. (Maurice Bizley)

1847: Mr Newton recorded in a paper to the Royal Institution of Cornwall that Mawla Chapel was 25 to 30 feet long by 16 feet wide and had recently been used as a cows’ house. He said that the font together with all the other remarkable parts of the building were gone. (Presumably this is the chapel referred to by Lysons) 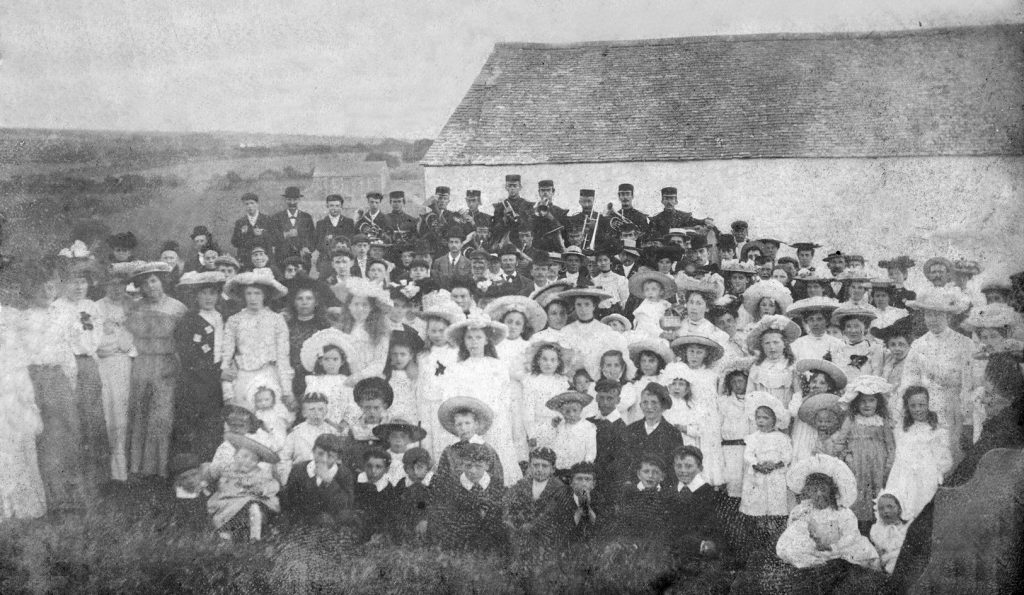 Mawla tea treat pre-1902 in front of a building which may be the 1842 chapel (Photo: courtesy Clive Benney) 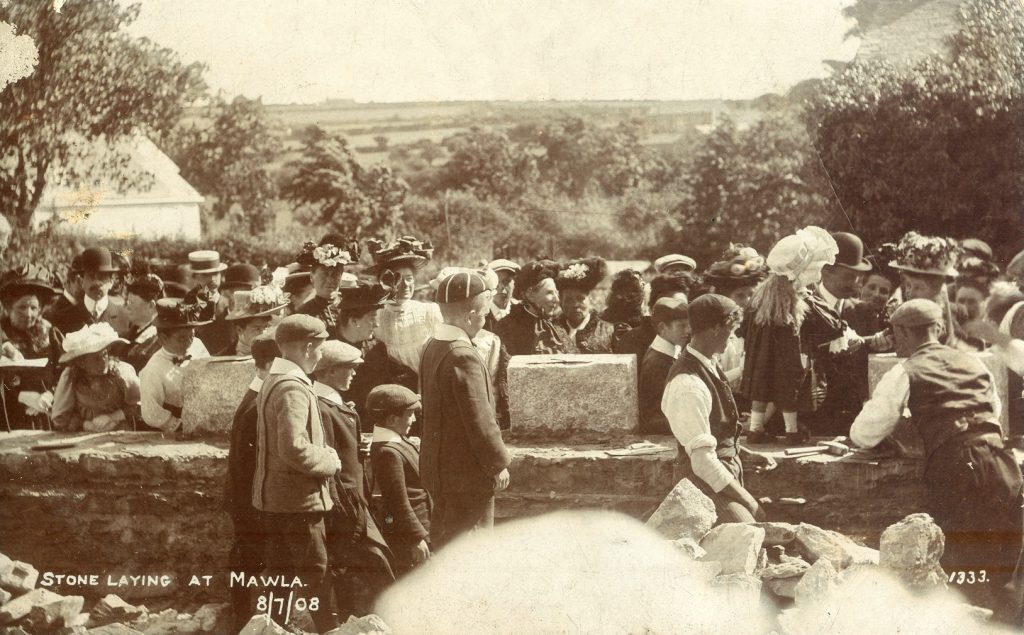 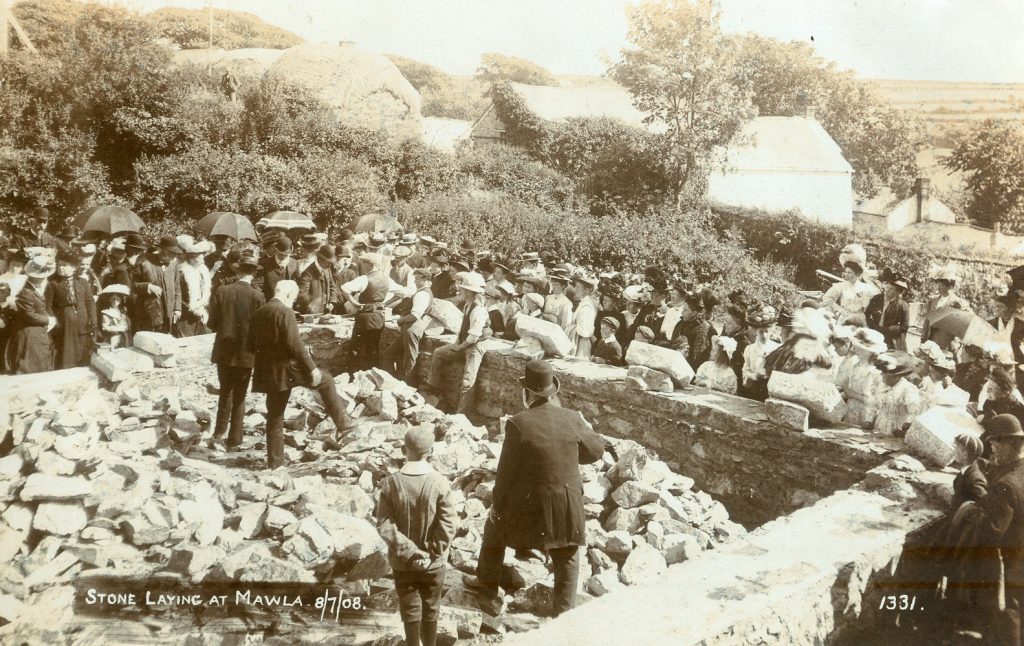 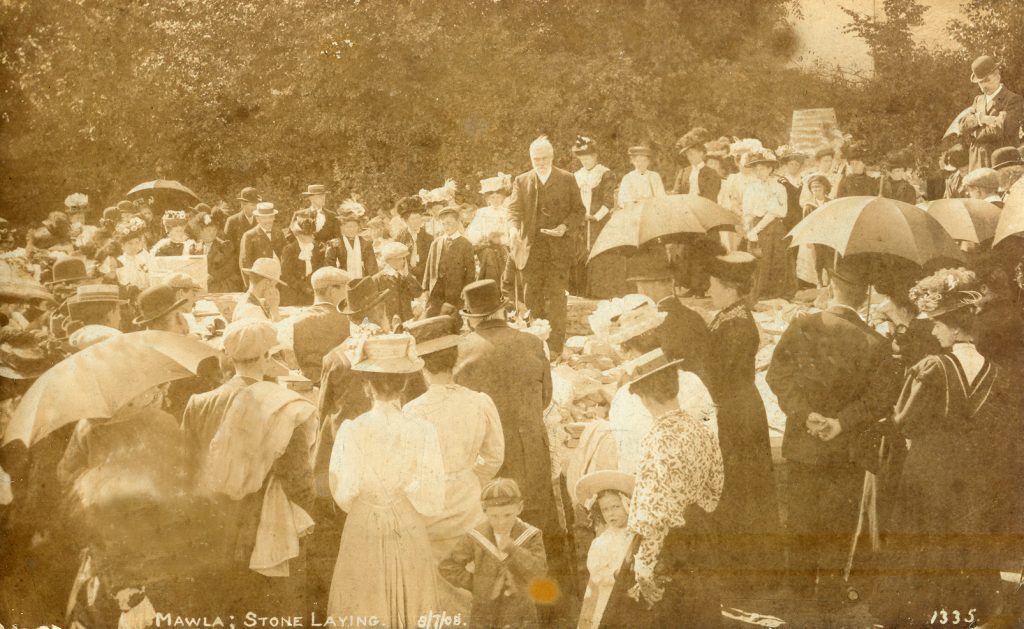 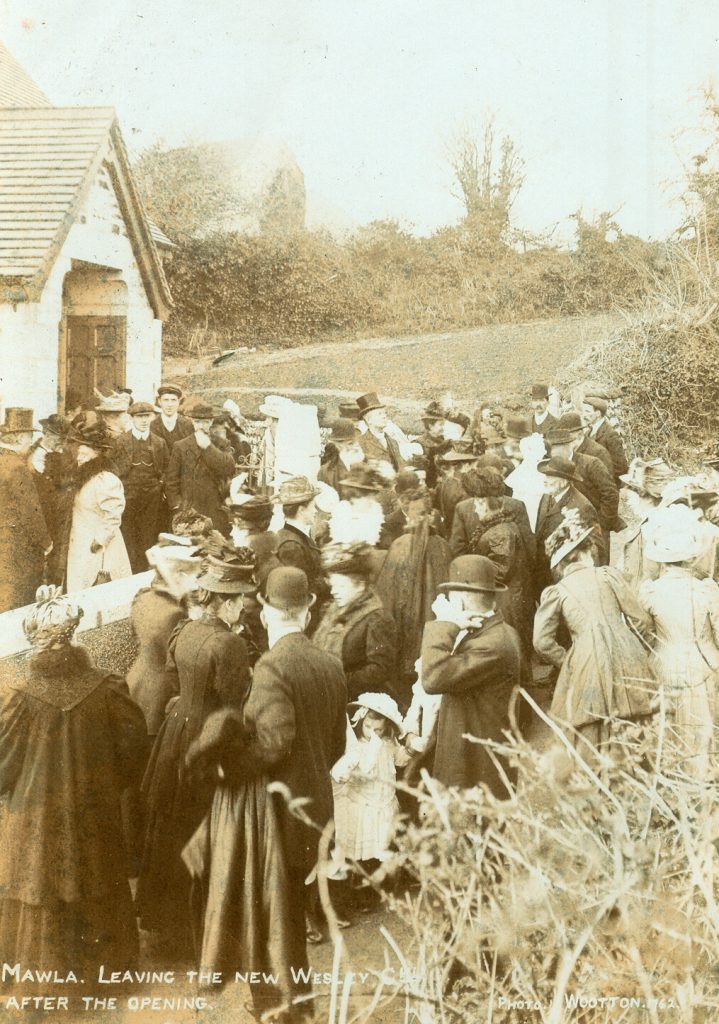 Leaving the chapel after the opening (Photo: courtesy Clive Benney) 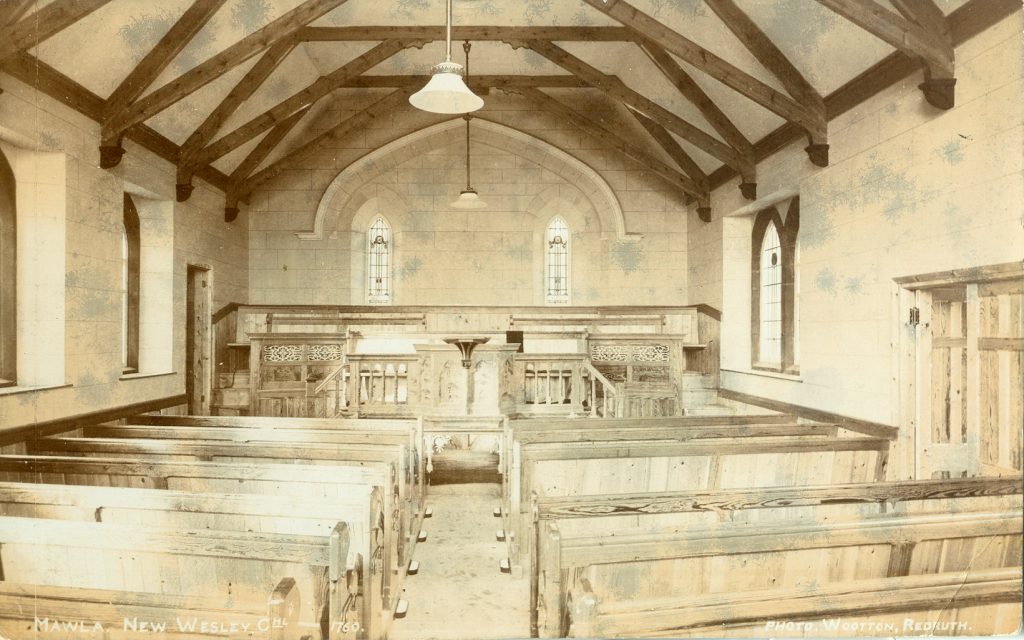 The interior of the 1908 chapel (Photo: courtesy Clive Benney) 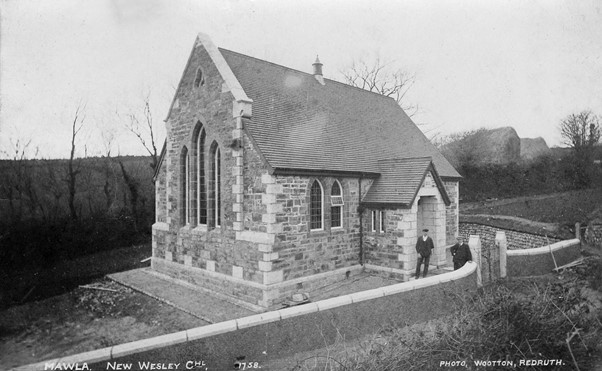 The 1842 chapel continued to be used for the Sunday school when services transferred to the 1908 chapel about 50 yards away.

The 1842 chapel was considered unsafe and demolished.

Peter Simmons of Mawla, whose family farmed the field in question, recalled pieces of foundation being removed from the field, appropriately named Chapel Croft. (We are unsure if this refers to the chapel mentioned by Lysons or the 1842 chapel) 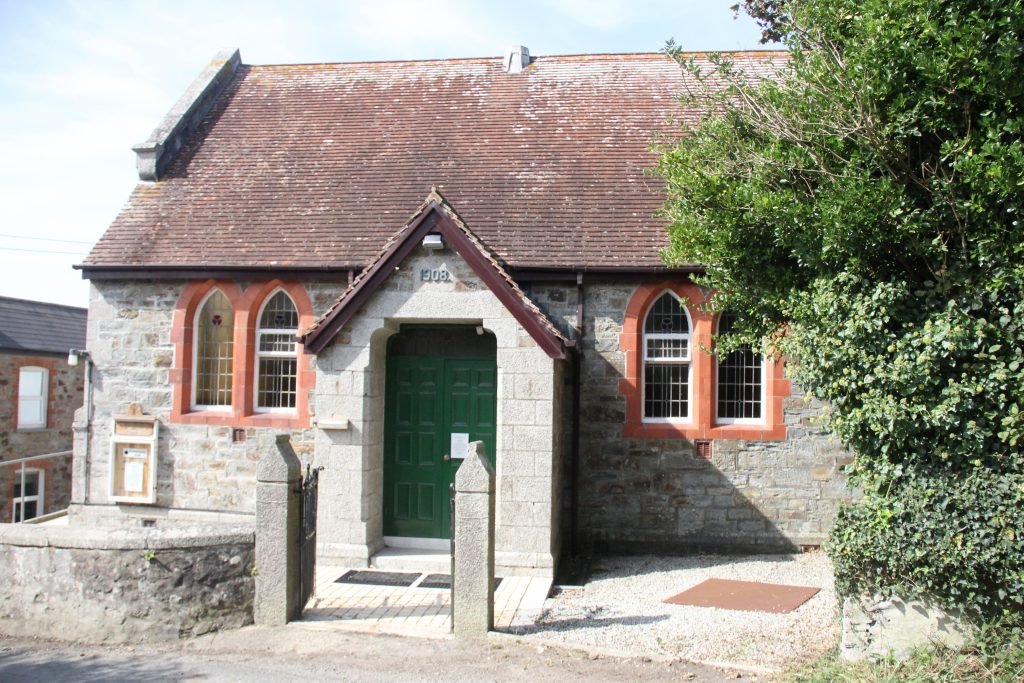 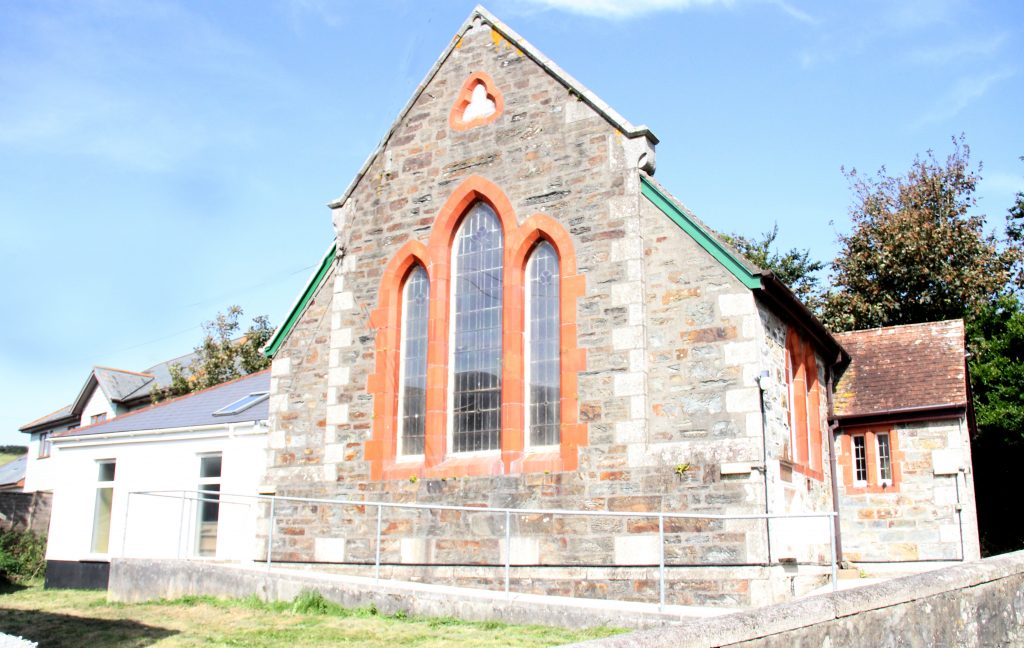