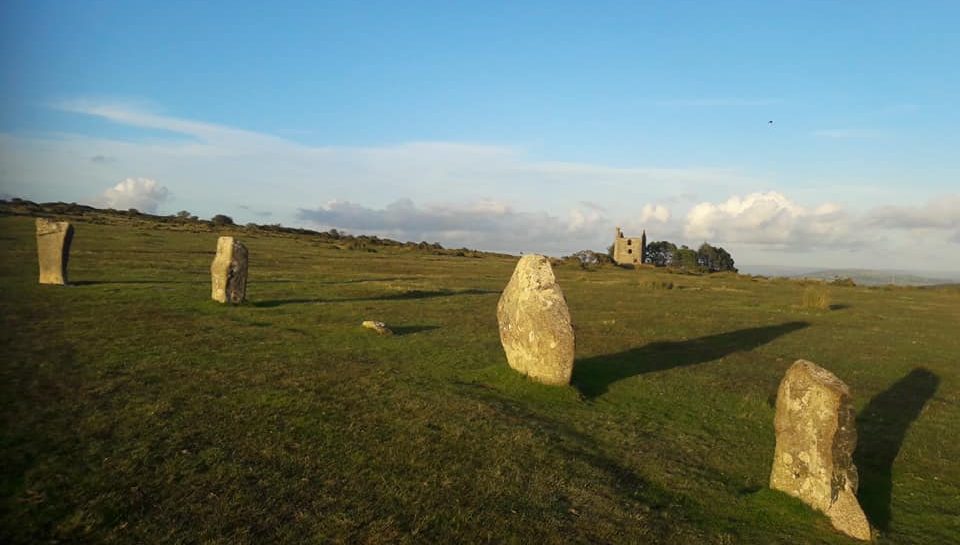 Part one of the introduction by T J Kennedy to this series gave a panoramic over view which covered global aspects of the topic. In this section he discusses Cornish facets of the subject matter in greater depth.

Much has been written reference Cornish myths and folklore. For example, Craig Weatherhill and Paul Devereux in their book Folklore and Legends of Cornwall[1] make reference to mythical imaginary Ley lines, which are alleged to be straight alignments drawn between various sacred sites and historical structures by ancient people back to the mists of time.[2] These pagan pathways may form the origins of the Corpse Roads in Cornwall.[3] These roads were said to have properties which acted as a shield that prevented the spirits of the dead from escaping their corpse as they were carried from the place of their demise to a burial plot in sanctified church ground. Thus the roads purportedly prevented the spirits of the dead from haunting the living, which was a factor of much concern to the population in general. Ron James deals comprehensively with Cornish related themes in respect of oral traditions in his recently published book Folklore of Cornwall: The Oral Tradition of a Celtic Nation.[4] Alan M Kent, the author, playwright and poet, has published books for children with a mythical connection and his illustrated books have dual script in both Cornish and English. In The Beast of Bodmin Moor he refers to pumas recently spotted on the Moor by local inhabitants.[5]  Kent then uses this reference to the pumas as a literary warp and he combines it with an unlikely combination of Excalibur[6] and the tale of Jan Tregagle. Jan was a 17th Century steward with the Duchy of Cornwall who made a Faustian pact with the devil so to save his own soul after he had committed innumerable criminal acts.[7] In order to achieve redemption Jan was forced by the Devil to complete an unlikely series of tasks such as making a length of rope from sand.

Nellie Sloggett (1851-1923) the author and folklorist wrote under the pen names of Nellie Cornwall and Enys Tregarthen. Her works cover an eclectic mix of yarns most of which, it is claimed, were gathered from the oral traditions related by Cornish folk. Such is the case in her book Pixie Folklore & Legends [8]  In the modern era many Cornish myths and Legends have been incorporated in festivals across the county. For example Padstow on the North West Coast of Cornwall celebrates the Obby Oss Festival an event which takes place on May Day. [9] The origins of the Obby Oss are obscure but it has links to ancient Pagan rituals of fertility and wealth. The festivals of Cornwall and links to myths and legends are comprehensively covered in  Alan Kent’s book The Festivals of Cornwall, Revival, Reinvention.[10] 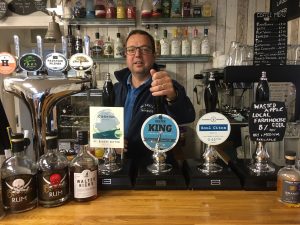 Many other examples of Cornish mythology and folklore are in modern day plain sight yet go unnoticed. In general the public rarely seek out the origins of the mythical stories and legends behind, say for example logos which appear as brand names of beers sold by Cornish breweries The use of sales promoting  emblems relating to  Cornish myths and legends is quite common in Cornwall and beyond. Well know emblems are used to promote brews such as Keltic King, a real ale produced by Celtic Brewery at Redruth, an image of Excalibur displayed on the King beer pump decal relating to King Arthur needs no explanation. The picture in this case comes from Mr Small’s Cornish Taphouse in St Austell with acknowledgement to the Keltic Brewery.

The use of such emblems and symbols to promote a product is not a modern innovation. A Swastika [11] which once adorned the bottles tops of St Austell Brewery ales seems a surprising choice, yet the origin of the Swastika had its roots in the cultures of many societies, when and where  it symbolised  the virtues of health and prosperity. Unsurprisingly, the Brewery was understandably, forced to cease using that particular emblem after it was purloined by Hitler in the run up to the Second World War. 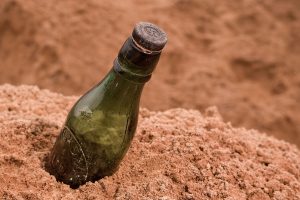 Skinners Brewery at Truro uses an eclectic mix of images from Cornish mythology to promote the sale of their real ales. A good example is Betty Stogs.[12]  Betty was a Cornishwoman of folk tale fame who lived on moorland near Towednack  and  is used as a popular brand name by the brewery.[13]   She had a six month old baby who she neglected and it is said that concerned fairies took the baby. After cleaning it using the crystal clear waters of a local stream they returned it to Betty with a warning to be more prudent in the future. The link with the brewery and the cleansing of the infant probably being the purity of the water used by the brewery which could be favourably compared with the water used to wash the infant.

Cornish Knocker is a second legend from the realms of Cornish Mythology used by Skinners.[14] It is unsurprising that mine related characters were chosen by the Brewery to promote one of their ales given the history of tin mining in Cornwall.  The knockers were said, contentiously, to guide miners to the tin stream deposits in return for the miners leaving them the crimp crusts from the edges of their staple food, the Cornish pasty. I reiterate this is a contentious yet flippant point challenged by many Cornish folklorists. 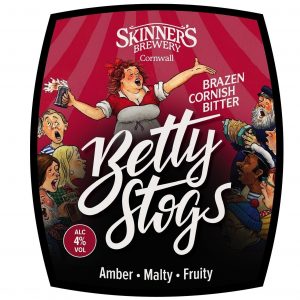 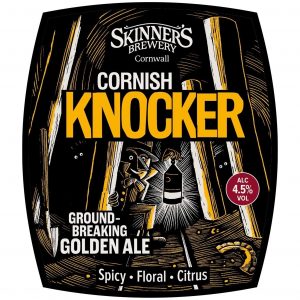 Real Amber ale called Doom Bar brewed by Sharps on the North coast of Cornwall is named after a notorious sand bar which creates a hazard to shipping at the entrance to the harbour at Padstow. [15]  On the face of it no likely connection with Cornish myths and legends is evident.  However that assumption would be wrong, given the sand bar was said to have been created by a mermaid in revenge for her death at the hands of a suiter she rejected.

The latter connection brings us neatly onto the first article in the series penned by Eleanor Frampton of York University. Her piece is based on the story of the Cornish Mermaid of Zennor yet her narrative incorporates a varied raft of interesting material relating to Mermaids in general. Eleanor’s article will then be followed by one penned by Ron James based on his recently published book Folklore of Cornwall and the Oral Traditions of a Celtic Nation.

[4] Ron James, Folklore of Cornwall: The Oral Tradition of a Celtic Nation, University of Exeter Press, 2019.