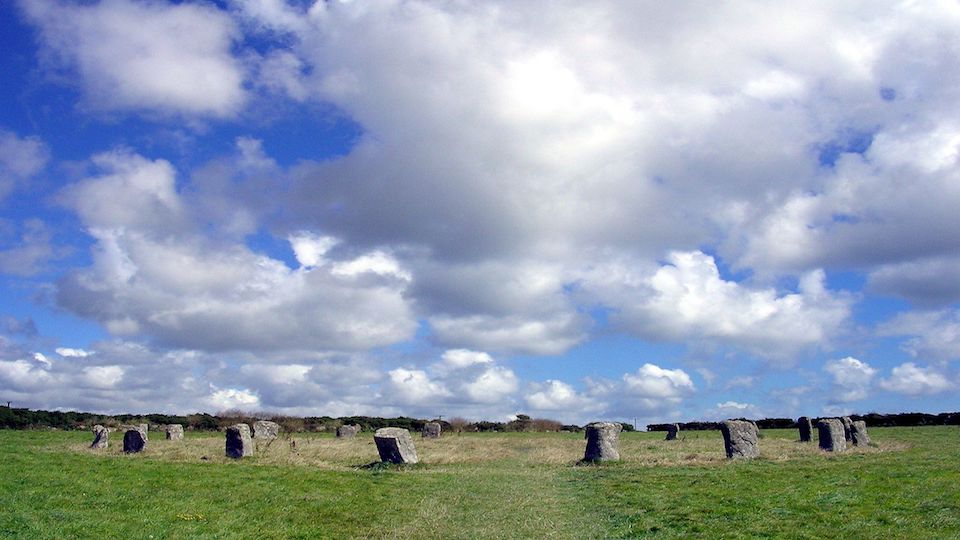 Regular contributor and sub-editor Tom Kennedy is back with this insight into his new series, Folklore, Myths and Legends of Cornwall. In this article, Tom introduces some of the esteemed academics and contributors who will be supporting him and provides an insight into what you can expect over the coming months.

Folklore and mythology are an integral part of cultural identity. Stories relating to those topics have been told and songs have been sung retelling yarns spun back in the mists of time. In more recent times as the common man has become literate much has been written and published in relation to those topics and as a result many myths and legends have been further perpetuated. This on-line publication will present a twelve part series relating to legends, myths and folklore, focusing, unsurprisingly on Cornish themes.

The initial article in the series will consider the question can stories written today, be adapted to create myths of the future taking into account the speed at which digital information is transmitted and discarded in equal measure. Not long ago harbingers of doom predicted the forthcoming dearth of tactile reading material on the introduction of E-books and such. They argued that tactile material would be condemned to the realms of history due to the advent of the digital age.

However this has not transpired, as in much the same way predictions that oral tale telling traditions, relating to myths and legends would diminish as the common populous became literate. Today the oral traditions of myths and such are maintained in theatre, cinema and through other audio visual mediums. In certain cases audio visual theatre combined with tactile literature continues to perpetuate the public’s fascination with the topics.

Nowhere is this exemplified, more vividly, than for example, in Alan M Kent’s children’s book and play The Beast of Bodmin Moor. Kent takes a modern day news article relating to the sighting of big cats on the moors of Cornwall and weaves a story based on an actuality, with the warp of Excalibur of Arthurian Legend fame and the weft of the Cornish Faustian like tale of Jan Tregeagle, an early 17th century magistrate who sold his soul to the devil.

Other comparatively recent hard copy publications relating to Cornish myths, folklore and tradition have provided an eclectic mix of edifying and informative material. Examples of which include, Cornish Studies 1, edited by Garry Tregidga, Director of the University of Exeter’s Institute of Cornish Studies, and Myths and Legends of Cornwall, by Craig Weatherhill and Paul Devereux which also provides interesting insights into the past. The just published, not to miss book, The Folklore of Cornwall: The Oral Tradition of a Celtic Nation by Ron James provides a panoramic and perceptive picture of the oral traditions of a Celtic Nation as the catch line states on the front cover of the book.

Interestingly Ron will contribute an article to our series. Other contributors, advisors and consultants include: Chris Knight, Public Relations Manager and Curator of the comprehensive St Austell Brewery Archive and Gallery; Bob Keys, former Head of History at the University of St Mark and St John; and other academic luminaries such as Alan Kent, Gary Tregidga, Tony Mansell, Eleanor Frampton and Nick Briant.

I shall write the first article in the series to be published in May which will provide a panoramic overview of the series. The second article will interrogate the three award winning short stories by Tony Mansell and ask the question can such yarns written in an age of electronic media become that which may become myths of the future. The third offering in the series will focus on Eleanor Frampton‘s article which relates to Mermaids and features the tale of the Mermaid of Zennor.

Join us next month for the first article in the series. You can also follow us on Twitter and Facebook to keep abreast of our upcoming content. You can find Tom’s previous series, ‘Public Houses, Taverns and Hostelries of Cornwall’ here.

4 thoughts on “Insight into the upcoming ‘Folklore, Myths and Legends of Cornwall’ series”