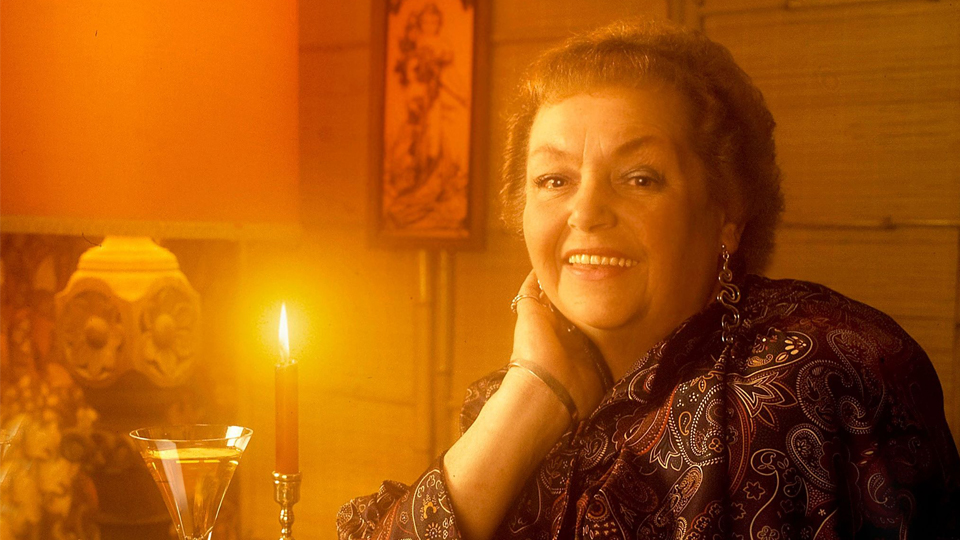 Join Sue Ellery-Hill as she chats about the upcoming book launch for Brenda Wootton’s biography.

I’m sure other people must have parents who dwell for a while in the full spotlight of public attention… I found it, initially exciting, then challenging, at times boring, irritating and downright annoying, but ultimately – exhilarating – and was slightly bemused to find myself, in her later years, with a sense of great personal pride in her many and varied accomplishments.

When her career was at its height in the early 1980s, I was a busy mum of two young lads, and working full-time for an assortment of children’s charities, and on the fringes of political life in Cornwall. I didn’t see her often, as she was touring so frequently and I was so busy, but travelling abroad with her as I did on a few occasions, I was frequently awestruck by the reverence and adoration with which she was welcomed wherever she went. When she asked me to become her secretary, I had no great confidence that I had either the time or the necessary skills, but I did what I could, and it did enable me to witness at first hand the full scale of her commitment to her career and to her country… she lived and breathed Cornwall, and carried it with her like a cloak around the world.

She was, in so many ways, larger than life. This did not make her the easiest of companions – her outgoing personality, her easy camaraderie with fans, and with audiences large and small, far and wide, showed only the public face of her character – but her commitment was coloured by an almost compulsive desire for ‘professionalism’, which often made her a hard task-master for the musicians and others she worked with. But her motives and her love for her country and its people were genuine, and she was determined always to present Cornwall’s best face to the world. Being made a Bard of the Gorsedh was one of her proudest moments, and she saw her role, whether appearing to her Radio Cornwall fans or to the Cornish diaspora around the world, as an Ambassador – and it was a role she took very seriously.

As an interested bystander, I sometimes thought about how this would all pan out… I had a hazy worry that at some time in the future, when Brenda was gone, as an ‘only’ child, I might have to ‘do something about her’. I wanted her legacy to mean something, and I was keen to see that her contribution to Cornwall’s culture should not be forgotten – but I was anxious that that role might fall to me. Once again, I wasn’t sure I was up to the task, and initially, for a few years after her death, I left well alone. During the year 1994, when both Brenda and her husband John died, I had published a book of her poems (Pantomime Stew) – my dad died within a fortnight of the launch event, and consequently I made no attempt for many years to promote the book any further.

Two people did present themselves, at different times, as potential biographers, and I accepted each gladly. But both found Brenda too great a challenge, for different reasons, and eventually, as the years passed, I came to realise that, actually, I would probably never have been happy with anyone else’s interpretation of Brenda and her personality and her achievements. I probably have a streak of her desire for perfection in me, a need for completeness – and once I’d finally accepted my lot and taken up the challenge myself, I was amazed and gratified by how interesting and enjoyable the task was. I realised no-one else, alive and willing to tell the tale, could ever have been as close to her as I was, could have had memories they could dredge for the smallest details, or could possibly have known as much as I – and I certainly didn’t know it all.

I had much help from life-long friend Mike Sagar-Fenton, and huge and reassuring encouragement from the many fans who stepped in to help with the Crowdfunder campaign we staged to get the biography published. She was a pioneer in so many ways, she put herself out there, and to my mind she fully deserves whatever adulation and plaudits are heaped upon her. It’s taken me around 3 years, and been an emotional journey, and, honestly – I’m prouder of her than ever.

The biography is titled, ‘Brenda – For the Love of Cornwall – The Life and Times of Brenda Wootton, Cornwall’s First Lady of Song’.

It will be launched at the Acorn Theatre, Penzance, on Friday November 16th 2018 at 7.30pm. There is a full line-up of performers, from the early days of the Folk Club right up to young performers who are singing Brenda’s material today, and her first accompanist, John the Fish, is MC’ing. There is an hour-long compilation of the best available film clips of Brenda from TV shows recorded throughout her career in the bar downstairs running on a loop throughout the evening, and entry is free.

Sue Ellery-Hill
Sue Ellery-Hill was born in Penzance in Cornwall to Brenda and John Wootton, and grew up with strong Cornish roots and influences. In her teenage years she had a poem published in Denys Val Baker's 'Cornish Review', and after a life spent mostly involved with children's charities, she has only returned to creative writing in recent years. In 1994 she published a book of her mother Brenda’s poetry, ‘Pantomime Stew’, and then another containing probably the largest ever collection of Collective Nouns, ‘Gallimaufry’. In 2018 she was awarded two medals for Creative Writing in English by the Esedhvos at the Gorsedh Kernow, for a poem and a short story. She has two very grown-up sons, six grandchildren, and is loving living in St Just with husband Chris.

1 thought on “Writing about your mother… Brenda Wootton’s Biography”