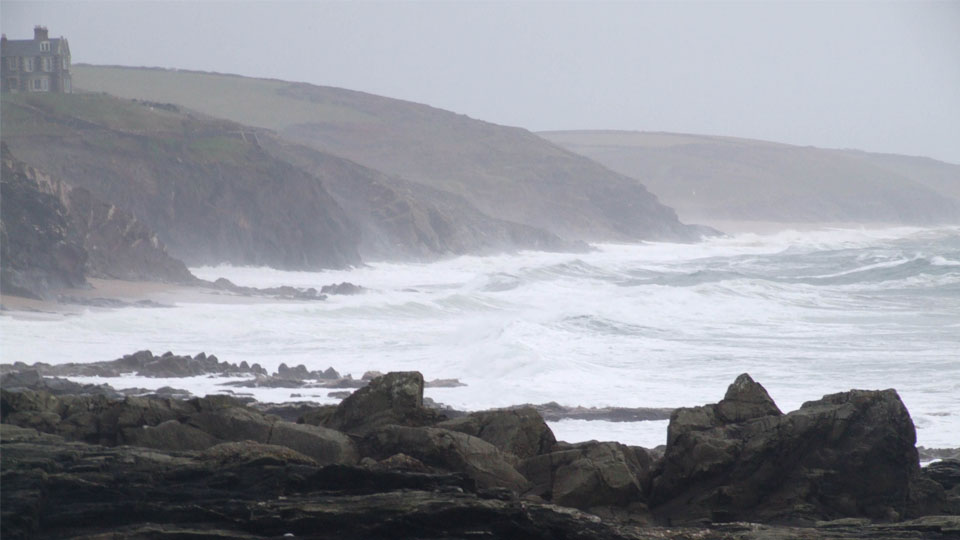 Join Phil Carter in his short story The Five Pilchards this month on Cornish Story for another spooky read. You can read Phil’s previous short story here.

Fishing nets hung loose from the ceiling. Pictures of old ships covered the walls. Low wooden beams and large sturdy tables painted a picture of stout, little Cornish fisherman drinking to their long time at sea. I rested my aching feet. The amber coloured beer, of a peculiar name, was sweet nectar to my parched mouth. A packet of cheese and onion crisps quelled the hunger pains from walking the coastal path for three hours. A cluster of men sat around the bar. They spoke of tales of old in voices that swept through the small enclosed space, into coves and around tight corners.

I nonchalantly stared around the pub, interested in the various ornaments and fishing paraphernalia. I fixed my stare upon two figureheads, both of women. They were so lifelike with their defined features and long flowing hair. I stood up and went and had a closer look. One woman, her stare way out to sea. Her dark, bright eyes conveyed youth and energy. Her skin smooth. The other one, her gaze was slightly averted downwards. Her looks of a mature woman. A violence stirred in her eyes like a cat ready to attack. I was mesmerised by these figureheads, when I became aware of a man stood beside me.

‘You like ‘em, fresh in today,’ the heavily built man said.

‘We makes ‘em on the premises, can do you one if you want?’

‘Oh, so they’re not hundreds of years old then?’

‘No, we just makes ‘em look old, with the long ‘air and flowing dresses.’

‘How much are they?’

‘That’s a bit out of my price range.’

They lasts for life these do, worth every penny,’ and he lumbered back to the bar.

I returned to my table and resumed sipping my pint. I looked through the window. Far off fishing boats bobbed up and down in the sea. White foam crashed against the dark, jagged rock. I sat reminiscing, as I tend to do, when I come to Cornwall. I noticed the two female walkers enter the pub, who I had passed on my walk, and briefly chatted to. Their heads were turned, looking at the various reminders of the sea, so did not see me, so I decided against catching their attention, preferring my own company. The men’s voices stopped, as though someone really important had just walked in. The heavy thud of the walker’s boots could be heard on the wooden floor, as they approached the bar.

‘What can I get you ladies?’

I returned to my reverie. I was relaxed, in the moment. After a while, I thought I may have one more beer, and have a quick chat with the two walkers about how they found the walk. I went to the bar and ordered another pint. One of the walkers stood on her own.

‘Oh hi, yeah it was quite challenging, but some great views.’

‘That was funny at Flushing, wasn’t it, having to wait for the guy to come across in his boat to take you across the other side, but that’s what I love about Cornwall; you never know what to expect.’

‘Did you go inside that church on the other side?’

‘Yeah, I did, it was really old, wasn’t it, with all the names of people that have been buried there, some going back to the 17th century.’

‘Oh thanks,’ and she took out her wallet to pay.

‘Oh well, I’ll leave you to it. Your mate alright?’

‘She’s in the toilet, but she’s been in there ages. I hope she hasn’t fallen asleep,’ and she laughed.

I ordered another pint and returned to my table. After a while, I decided I’d better make tracks. I had another three hours back to the pub at St. Keverne where I was staying. I peered around the corner, towards the bar. The two walkers were not there. I presumed they were sat in the many coves having some food. I collected my things and went and looked into the coves to see if I could find them. They were all empty, as was the pub, except for the handful of men stood around the bar.

‘Do you know where the two female walkers have gone to?’

‘They’ve left all but ten minutes ago,’ the landlord said.

I smiled at him, not wishing to show my true thoughts. They could not have left. It was impossible, because the door was in my direct line.

‘Could they have gone out another way?’

‘Ok no worries, maybe I dozed off when they left,’ I laughed nervously.

I went to the Gentleman’s. Something was not right. They had not left the pub. As I stood at the urinal, I contemplated about the two women. As I left the gents, I instinctively glanced towards the ladies and grabbed the small metal knob and pushed open the door. It was empty. There was something about the floor. It had two halves, similar to the opening of a beer cellar. I crouched down and eased myself to the middle. I pushed one of the sections. Suddenly, it crashed open, like a trap door. I peered in.

Inside was a deep pit with large rocks below. It actually looked like part of the sea. I climbed down very slowly, having to jump the remaining few feet and landing heavily on the rock. I looked around. It was the inside of a cave with passages sprouting off. The trap door was pulled shut. It went completely dark. I pulled out my phone and turned it on. I walked down one of the passages which eventually took me to another cave which was much larger. The cave was illuminated by light from lanterns.

Ahead of me, I could hear voices and the sound of wood being cut. I approached and two men sat carving figureheads and looking straight ahead. I followed their stare, and to my horror, I saw the two female walkers who were tied to some metal device, similar to a bed frame, which was secured to the wall of the cave. Their eyes were wide open. They looked natural, as though looking out to sea. I noticed one of the men was the one that spoke to me.

‘You’ve changed your mind then?’

‘What the hell is going on down here?’

‘This is our workshop.’

‘What has happened to those women?’

I went and grabbed hold of the ankle of one of the women. It felt cold. I shook it.

The thin metal hook around the woman’s neck secured her head. The fixed stare did not change.

‘I should hope so. It will spoil the carving if they suddenly wake up.’

The two men continued carving out the definitive features of the two walkers. The figure heads were starting to resemble the women as though their faces had been transposed onto the bare wood. My thoughts raced. I registered some man-made steps leading out of the cave, but a large man-hole blocked my way. Would I be able to lift it? The trap door is shut so there’s no way out. I pondered my predicament.

‘There’s only one way out of here for you, and that’s up those steps, but you’ll need the key which is in my pocket.’

I looked at the two men. They were both bigger than me, and I didn’t like the look of those chisels they had in their hands. I hated violence and my legs suddenly went like jelly. I had a moment of inspiration. At the bottom of my small rucksack was a large rock. I collect them every year I come to Cornwall, all different shapes and colours, stripy and smooth. I slowly eased off my rucksack.

‘I need some water.’

I swung the bag as hard as I could towards the man. I felt the heavy connection with the man’s head reverberate up my arm. I pulled back my arm and once again threw it towards the other man, who was trying to get up. Both men slumped. I could hear their heavy breathing. I quickly searched the man’s shirt and luckily found the key straight away in his top pocket. I climbed up the steps and out of the cave. It led onto the cliff and I clambered up the side and managed to get back on the coastal path and ran as fast as I could, constantly checking behind me to see if I was being followed. I alerted the Police and the next day, the local bobby met me at the pub. We went inside. The same group of men sat at the bar chatting. The landlord looked at us.

‘Welcome Pete, what you having?’

‘Right, this young man here has been making some pretty serious accusations, so I am going to have a look around, otherwise, I would not be doing my job, would I,’ and he laughed.

Obviously, nothing was found. The floor to the toilet was normal with no sign of there ever being a trapdoor, and despite searching for ages, much to the annoyance of the Policeman, I could not find the man-hole to the cave.

We returned to the bar. The small collection of loyal brothers stared at me in unison.

‘You find anything, Pete?’

‘You want to stop drinking too much of this Cornish ale and wasting the Police time. You obviously aren’t used to such strong beer from where you come from,’ the landlord said.

‘You better get on your way son. One word of advice,’ and the Policeman whispered in my ear, ‘I wouldn’t bother coming back to this pub next time you’re down, these people have long memories.’

I turned to make my way out, but instinctively, I looked at the two figureheads. They were not the ones I first saw but had been replaced. The faces of the two walkers now looked out to sea.

Phil Carter
Phil is passionate about Cornwall and the coastal path, which has some of the most breath-taking scenery in the world. Some of his stories have been published on www.short-story.me and in an anthology called Joe Stepped off the Train and Other Stories available on Amazon.