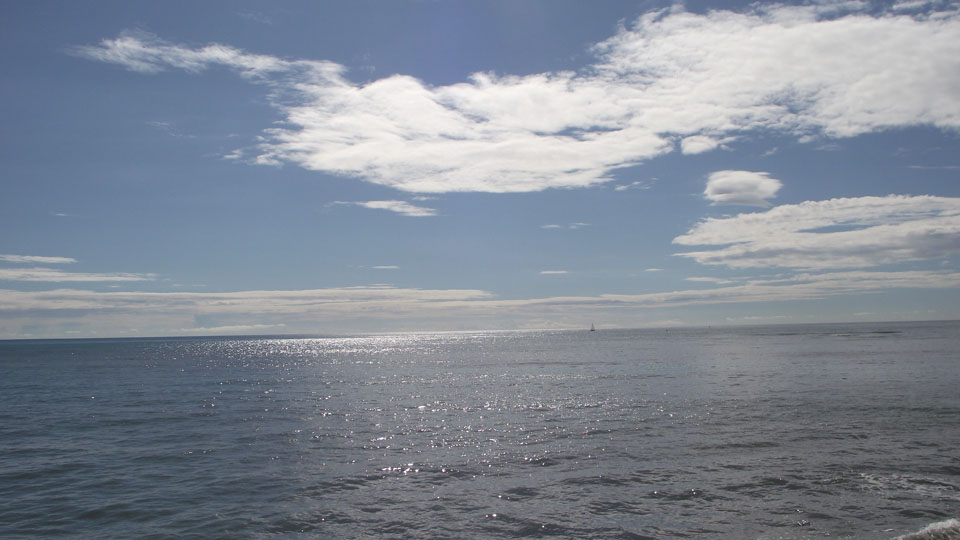 This month we have a short story by Phil Carter, where not all is as it seems along the Cornish coast. Read on below to discover more.

John Waite had been a fisherman all his life. He was a stout man with a large untamed beard and a face that could not hide the years of hard physical toil.

He would rise from the bed every morning at 4am, throwing off the worn bedspread, and slowly climbing out. It was becoming a real effort to lift his heavy aching limbs out of the rickety old bed. His large blackened feet splayed the cold, bare floorboards. He pulled on his thick woollen socks and forced his feet into his boots which required considerable effort, before slowly lifting his huge frame to a standing position like some old prize fighter that had just been knocked down.

He looked into the cobwebbed-covered mirror; the image revealing bright fiery eyes set in a face of criss-cross lines and hard leather-like skin.

He lit the fire in his one room cottage to boil the water in the rusty old pot for his tea with bread and margarine. This would be his breakfast to re-fuel him for the long day ahead.

He sat at the bare wooden dust-coated table and drank his hot tea which soothed the cold inside him, which still infiltrated his shirt and thick jumper, which he had for ten years, knitted by the hands of his beloved wife Ethel, now long gone to the world beyond, hopefully a better one than the life she had.

He rinsed his cup and wiped his mouth with his large bony hand, before gathering his scran tin and pulling on his thread-bare overcoat, and left the ruin of the cottage.

He had a long walk of about two hours along the coastal path to where his boat lay. The day was still enveloped in a charcoal black. The only light coming from the sea where the waves could be heard visiting the beach. This was his marker, as long as he had the sea to his left he would not get lost. He had done this walk for a very long time and felt every contour of the ground he was walking on, knowing the undulating land like the back of his hand.

His breathing was loud, his heavy boots raking through the long grass. Birds were awakening and warbling melodies that cheered the soul.

He looked back at whence he came; the jagged cliff pointing out to sea looked like the heads of giant rock monsters; the different shapes where the rock had eroded away now resembling miniature islands.

The sun was now full in the sky, drying his damp clothes and bringing much relief to his cold bones. His mouth was becoming parched, so it was good that now he was reaching the little fishing village he always stopped at for some much needed refreshment. The path now started to meander down towards the village which was still tiny in his vision. At this point he looked back at where he had walked. The path cut a long scar in the otherwise unspoilt lush green hillside. He rested and stood on the edge of the cliff and looked out to sea. In his mind he could see large whales just under the surface, the silvery flashes of mermaids jumping out of the water. In the sea of Kernow you could see anything if you looked long enough. As he stood looking out to sea, images and memories came flooding back to him one after the other: his beloved wife and two small boys, his fellow fisherman, going out to sea for the first time with his father.

The sea gods were stirring. He decided to make his way down to the village. The sun reflected in the white wash buildings. Boats were bobbing up and down, only their tethering stopping them from being swept out to sea. Walkers were mingling around. He headed for his favourite inn; he had been visiting this for many years. He entered the small, enclosed space, solid pot-holed wooden beams strung across the length of the bar. The ceiling built for the small Cornish fisherman of the time, the open fire roared, the logs cracked and popped. This place was a solace, a sanctuary away from the hardship of the fisherman’s life. He sat on the stool he always sat on and lifted his blackened old tankard to his lips and quenched his thirst. Walkers were coming to the bar in their ones and two’s and threes discussing which local ale to sample. They never noticed him.

Fully rested again, he began the last few miles of the walk. He ascended the steep climb back onto the coastal path, the muscles in his legs burning, his heart pumping like an industrial piston. He reached the pinnacle and strolled the grey, rocky path which would eventually lead him to his destination.

After a while he began to descend down towards the deserted stretch of beach where his boat lay. He clambered down the steep rugged trail, pulling himself up, over and down the large slippery rocks using his last bit of strength and energy. He jumped the last few feet onto the wet dark brown sand, his large boots leaving deep imprints which were soon filled with foamy sea water. He rested on a large solitary rock and looked towards the remains of his boat. He took out his scran tin and ate the bread. The boat was now a rotting shrine; seaweed and sand covered large parts of the dead wood. It did not resemble the fishing boat which was John Waite’s pride and joy, a sturdy old beast that had been handed down to him from his father, the boat that had managed to carry ten wicker-made baskets that would catch the fish. After fourteen hours at sea, he would have caught enough fish to sell to be able to feed his family. One day, he never returned, his boat taken by a ferocious storm, only the remains of the boat fetching up on the beach days later.

John Waite’s body was never found, only his lost soul still walks the path of Kernow.

Got a thirst for another Cornish short story? You can read another story named This Place Called Cornwall here.

Phil Carter
Phil is passionate about Cornwall and the coastal path, which has some of the most breath-taking scenery in the world. Some of his stories have been published on www.short-story.me and in an anthology called Joe Stepped off the Train and Other Stories available on Amazon.