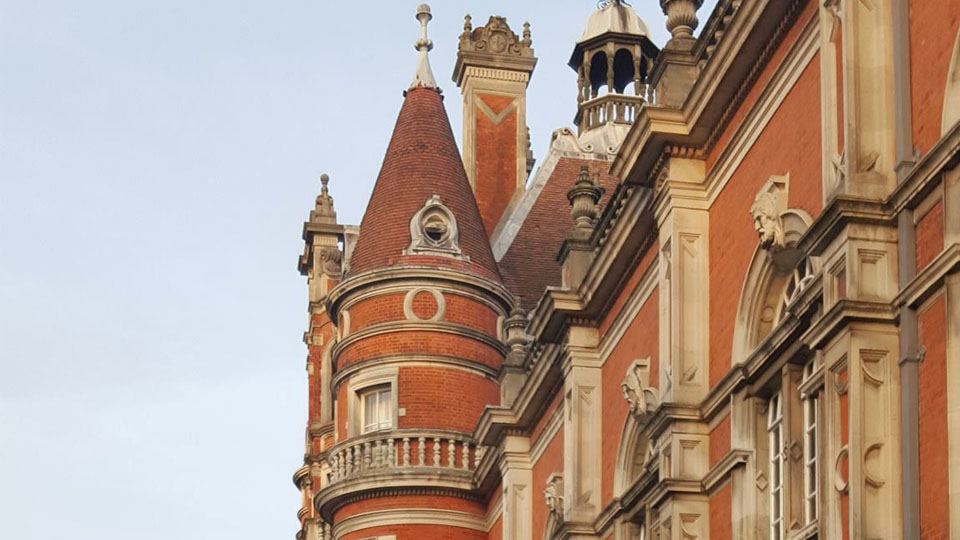 The Royal Holloway proudly hosted the first ever Cornwall Connections Conference last month. Join Ben Gilby as he gives Cornish Story an insight into the event.

This year, Saturday 12th March saw a fascinating day of discussion as the first Cornwall Connections Conference, a joint initiative between the Faculty of Geography & Earth Sciences at Royal Holloway, University of London and the Institute of Cornish Studies, University of Exeter, was held.

The event was the first time that the Institute of Cornish Studies (ICS) had formally been involved in a conference outside of the territorial borders of Cornwall. The day examined historical, social and political links between London and Cornwall. It also celebrated the unmistakable sense of difference between Cornwall and metropolitan centred England.

The day began with a presentation by Dr Lesley Trotter, an ICS associate. Her paper was entitled Cousin Jacks and Cockneys, and examined the history of migration between Cornwall and London.

Among the points raised in the presentation was the fact that, in 1871, most of those moving to London were over the age of 20, and so unlikely to have become domestic servants. It was also noted that the occupations of those moving to Cornwall from London mainly worked in the fields of military (some retirees), managerial jobs, education and the clergy – all areas which would have varying degrees of power over the native Cornish.

Tom Fidler, a MPhil student at the ICS presented a fascinating paper called Great Western Railway – Bridging Cornish Communities To London. This work is to form part of Tom’s PhD studies which commence next year, linked to the theme of the Border.

The paper revealed that it was not until 1859 that a Cornishman was able to travel the length of his own territory, and the impact that the coming of the GWR had on opening Cornwall up for business. With the opening of the bridge across the Tamar, Tom highlighted the fact that this led to Plymouth becoming a metropolis of the West, with workers travelling into the city from Cornwall.

A question was raised as to whether who got the best financial outcome from this – Cornish workers able to work in Devon, or the fact that more revenue was generated within Plymouth and its wider county.

The third presentation was from Dr Garry Tregidga, Director of the ICS. Entitled Metropolitan Catalyst? The Celtic Revival and the London Cornish Association, Dr. Tregidga looked at the influence that the London Cornish Association (LCA) had in terms of creating a large group of Cornish exiles in London who could come together and form a large marketing tool for Cornwall.

By the end of the 1890s, over 400 people would be attending the LCA’s events. Whether or not the LCA recognised its full potential was questioned as, unlike other Celtic groups like Cymru Fydd and the Gaelic League, they were not particularly politicised. The future relevance of the LCA was also briefly discussed in relation to the lack of young blood coming into this historic organisation.

Before lunch, I presented a paper entitled London Cornish RFC: A Political Statement or Just Another Rugby Club? Drawing on Social and Cultural Geography theory from the likes of Vidal de la Blache, Paasi and Niezen, I charted the history of Regional Identity theory and the pull of indigenous groups/diaspora in keeping important facets of native culture together.

Looking at the history of rugby in Cornwall and its status as a strong identifier of ‘national identity’, I linked this theory to the necessity of the formation of a rugby club for Cornish exiles.

After a lunch break, renowned author, playwright and academic, Dr Alan M. Kent charted the history of representation of the Cornish on stage from the importance of the early Plen an gwary, which Will Coleman sees as “bastions of resistance”.

Dr. Kent brought the story up to date with details about the performance of his version of the ‘Origin of the World’ mystery play from the Ordinalia at Cubitt Park, London, and how important it was for the actors involved to spend a week in Cornwall, immersed in Cornish Culture and Identity.

The end of Dr. Kent’s paper explored the significance of the film ‘Tin’ which began life as a novel which was then adapted. Dr Ruth Heholt of Falmouth University then presented a unique exploration of The Hammer House of Cornish Horror, which began by looking at Gothic Horror in the novels of du Maurier before focusing on two 1966 B-movies, The Plague of the Zombies and The Reptile which were both set in Cornwall, but crucially filmed in the South-East of England. In the films, Cornwall was seen as a “wild and dangerous landscape” and a place of ‘otherness’.

After a short tea break, Jeremy Gong, a PhD student at Kings College, London delivered an excellent paper called London and The Periphery – Absence of Cornish Nationalist Violence Over The Past 100 Years.

Jeremy began by charting the history of Celtic terrorism movements from the IRA in Ireland, to Wales’ Meibion Glyndwr and the Scottish Socialist Republic League.

The absence of a major Cornish resistance movement was discussed, with reference to the movements of An Gof in the 1970s and 1980s and their failure to carry out larger atrocities across the border.

Gong pointed out that there is a major discrepancy between money coming into Cornwall (£1,600,000,000) compared to that going out – £1,960,000,000. With this, plus income levels of over 24% lower than that across the Tamar, Gong pondered what more would need to happen before the Cornish graduated from micro-resistance movements to more typical terrorist movements.

Following this was Tim James’ paper called The Exploration of Cornish Culture By Mass Tourism, which pointed out the consequence on the Cornish economy with the construction of the M5, and that the Anglicization of many events simply attract the tourist pound.

The changing of the Golowan and Tom Bawcock’s Eve festivals from Methodist roots to attractions and the consequences of this were discussed.

The day was brought to a conclusion by a brilliant presentation by Mark Elton on Wreckers Wednesday and Kernow in the City.

Mark showcased the outstanding work that his group are doing to keep the Cornish flag flying in London among the Exiles – with Cornish music, poetry and music celebrated each St. Piran’s Day weekend.

This has been so successful that a monthly celebration of all things Cornish has been spawned in the shape of Wreckers Wednesday. It is hoped that the papers from the day will be published in the future, and that there will be other Cornwall Connections Conferences in London, and at other locations around the UK and, even the globe!

Enjoyed reading this article? You can also catch our review of the Duchy Ballet’s performance at Hall for Cornwall by clicking here.

Ben Gilby
Ben Gilby is a postgraduate student at Royal Holloway, University of London, specialising in Cornish culture and identity. He is editor of Black & Gold, Trelawny's Army magazine.