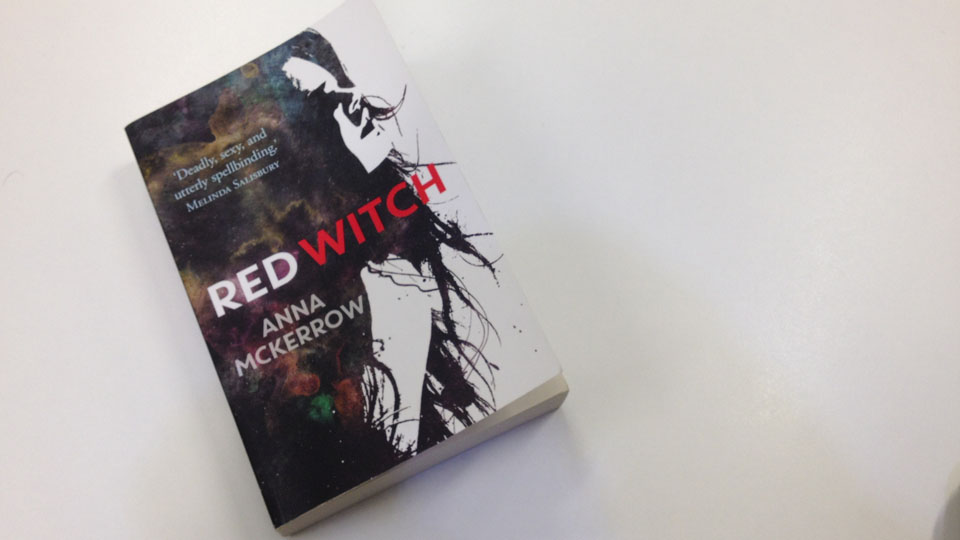 The second instalment in Anna McKerrow’s Crow Moon series is out on the 10th March. The author’s brand new novel Red Witch is the second book of a fantasy trilogy, which centres on Cornwall.

Read on to discover more about the book and where you can get your own copy!

Last year, Anna McKerrow released her debut novel Crow Moon which tells the story of the wayward sixteen year old Danny Prentice, a witch, who cares more about chasing girls than being loyal to his magical covenstead. The exciting debut saw Danny thwarting his own demons and gradually learning to accept responsibility to protect his homeland known throughout the series as Greenworld.

Now, with the release of McKerrow’s second book, Red Witch, readers get to hear the story of Demelza Hawthorne, who flees Cornwall at the end of the last book in search of refuge and tranquility after discovering that the boy she loves has died on the fields of battle.

The Young Adult author came to Cornwall last year on the release of Crow Moon and chatted to visitors in Waterstones where she held a book signing with other writers. Though she lives in London, the author has a deep love for Cornwall and its unrelenting mysticism. These factors alone give the author an abundance of stories focusing on paganism, magic and witch stories which she focuses on throughout her books.

Although the first book is initially set in Cornwall, the narrative of the second book takes place in Glastonbury, somewhere which has close links to pagan rituals and magic, seemingly an echo of the Cornish landscape. For protagonist Demelza, a life on the run constitutes leaving Cornwall, escaping Greenworld and crossing over into the Redworld, a landscape similar to ours which McKerrow describes as ‘a crime and corruption-riddled Britain’.

Set in 2046, the Redworld is a land where fossil fuels are running out and political unrest is at large with the working class and the poor. For Demelza, her journey is a cathartic one and one that leads her towards Bran, a handsome and intriguing individual whose attraction is undeniable.

The pair embark upon a dangerous romance, meandering through the different avenues and pathways that the Redworld has to offer to a young witch escaping heartbreak. However, as the story unfolds, she begins to question whether she can really trust this handsome Bran, and has to face the possibility that she might not belong there after all.

At the end of the novel, the inclusion of the traditional Cornish folk song, The White Rose, shows a certain sensitivity and gratifying nod towards Cornish culture while simultaneously keeping it well within the theme of the Celtic, witches, spirituality and the dazzling realm of Greenworld.

The book is an exhilarating sequel to the first, a book which is full of passion, adventure and, above all, forces of magic. Read this book and you will fall in love with the story, the characters and the dire struggle for a Greener way of living as opposed to the harsh, chemical Redworld. It is a book not only for teenagers but, as stated on the back of the book by Irish author Louise O’Neill, ‘a terrifying cautionary tale for our times’.

Alongside working on arts projects for the famous reading charity Book Trust, Anna McKerrow is currently writing the final book of the Crow Moon trilogy, which will be published in March 2017.

Red Witch will be released on the 10th March 2016. The first book of the series Crow Moon is available in Waterstones bookshops and online.

Emily Ould
Emily is a student graduating from Falmouth University this year. She is also the Editor for Cornish Story. In her spare time, she enjoys reading, writing, exploring new places and playing the mandolin.