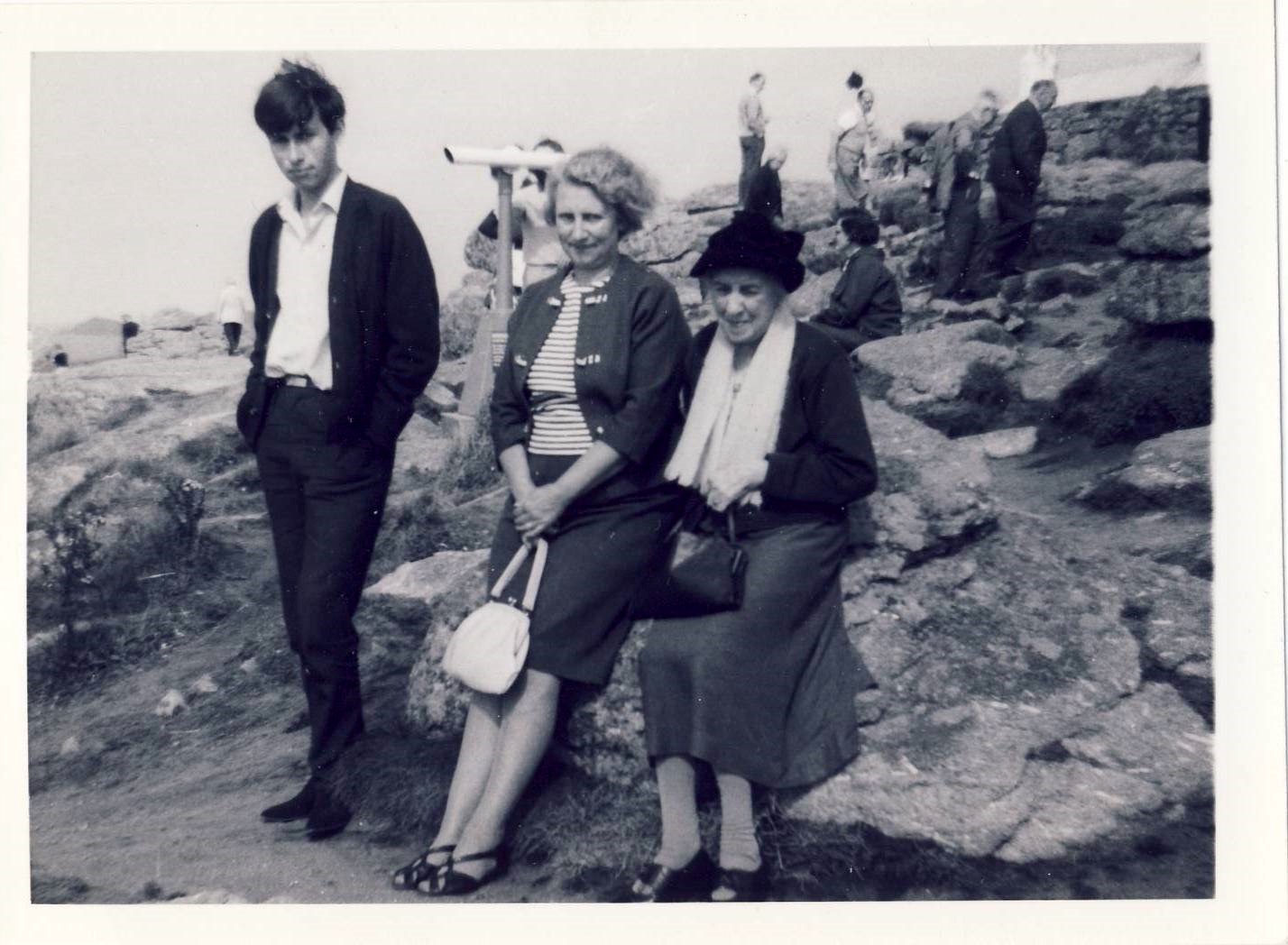 This month’s continuation of a short series based on the collection, identification and preservation of family photographs.

The images below are given in reverse chronology from the 1960s back to 1880, simply to visually demonstrate the changing character of popular photography as cameras became more technically advanced, yet relatively cheaper and so within the range of most families’ budgets.

Even the most cursory study of these photographs illustrate some of the dramatic changes that occurred in society and family life in the 20th century and, in particular, the real sense of difference between Edwardian Britain and society after the First World War, or the apparent transformation of post-austerity Britain during the ‘Swinging Sixties’!

However, as we study the contrasting images we must remember that this sense of dramatic change is in part constructed for us by films and photographs and by the changing nature of the camera and photographic technologies that were in use and continued to develop. The formal studio portrait of the Victorians, with its sepia tones now signifies a distinct ‘era’ and the values of an age, which has disappeared but can be viewed with a certain kind of nostalgia.

At the point of its initial production, this was not the case. The early photographic image for the Victorians would have represented progress and modernity; and the desire for an appearance of respectability on the part of the sitter and also the family that could afford a studio portrait.

To understand the meaning of the image for the modern viewer we need to be aware of our own assumptions and our ‘modern’ preconceptions about family life and our local community, both today and in the past, while taking care not to read back into the image later ‘ideologies’ or structures of feeling that did not exist at the time.

The first picture I have selected from my album is a family outing to the Cornish coast in 1963; the author aged fifteen with mother and grandmother in the foreground and other family members in the background, taken by one of my father’s sisters while on a visit from Ulster.

Because this is my own family I can add a lot of information that the photo itself does not include; my grandmother insisting on predominantly dark, if not black clothing with a suitable hat some ten years after my grandfather’s death.

The author posing as a slightly distant rather sullen teenager who would have rather been somewhere else than on the beach in his latest ‘chisel-toed’ suede Chelsea boots. Father in the background, proud of his first new car, an Austin 1100 still ‘running in’, which had replaced an earlier second-hand black Morris 10; destroyed in an unfortunate incident with the local Torpoint fire engine.

This photograph is typical of that whole genre of popular family snapshots from the 1950s and 1960s: the working class family outing by car.

Contrast the style and visual appearance with the two ‘posed’ photos below from some three decades earlier. One is an informal amateur snapshot from a Box Brownie in the late 1920s, while the other is a studio portrait of my mother, taken only two years earlier by a professional photographer. 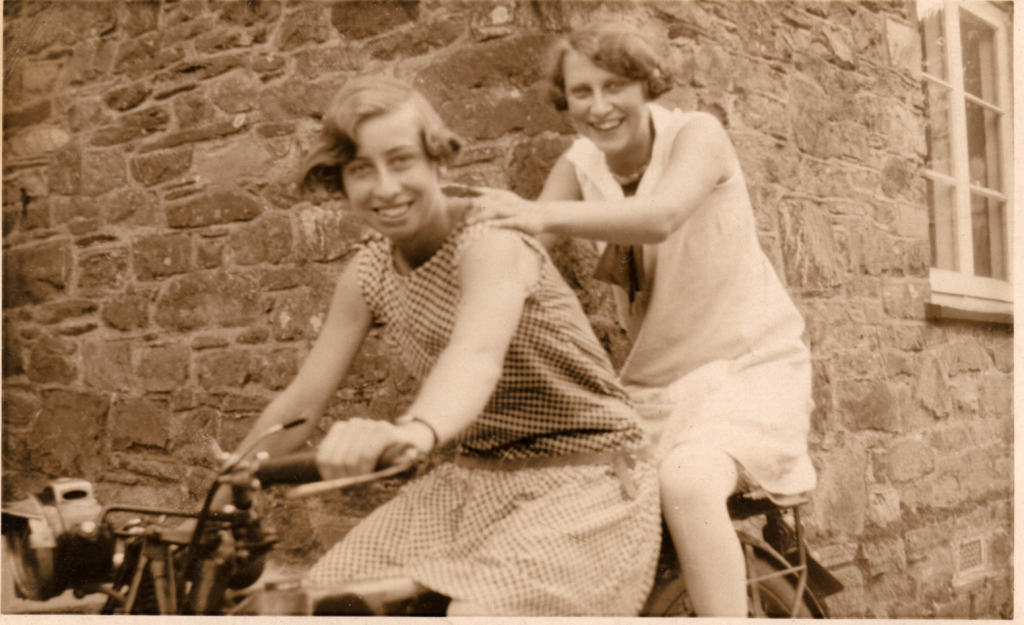 The studio portrait, despite my mother’s modern 1920s ‘flapper’ dress seems to come from a different era in terms of pose, studio props and formality.

While the two young women on the motorbike testify to the new freedoms women were claiming after the First World War, this is reflected in the ‘freer’ more personal style of the amateur home photographer (believed to be the boyfriend and later husband of the young woman on the front of the bike).

This freer style of portrait was possible because of advances in the quality of cheap popular cameras and the development of cheap easy-to-load film rolls. Cameras were portable and simple to use and young people in particular embraced this new freedom; carrying cameras into their friendship groups, leisure activities and, above all, with them on holidays and excursions.

It was assumed that all but the poorest could now afford a holiday and hence afford a camera that they would need to record the event.

But assumed by whom and why a Cornish holiday?

To some extent the growth of middle class and then working class demand for holidays in the southwest was also a response to the mirage created by advertising, including the successful campaigns by the Great Western Railway to portray Cornwall as the Riviera. We also need to remember this was also the time of the Great Depression, the General Strike and Hunger Marches.

In Cornwall the economic situation was not one of general prosperity and the photos that we are examining are those of an ordinary working class family.

Documentary realism was not however in itself attractive to the average amateur family photographer. In general he or she reserved the use of the camera for cheerful domestic events and moments of celebration, while photographs of darker events, such as Memento Mori, which had a certain popularity among the Victorians, declined as a genre.

At Cornish Audio Visual Archive (C.A.V.A) we would like to hear any interesting stories you discover and see any early or unusual photographs you may uncover: an address and e-mail contact are given below. If you record your findings carefully these may prove invaluable to social historians and cultural historians in the future.

This series will continue in next month’s issue so don’t forget to keep checking back!