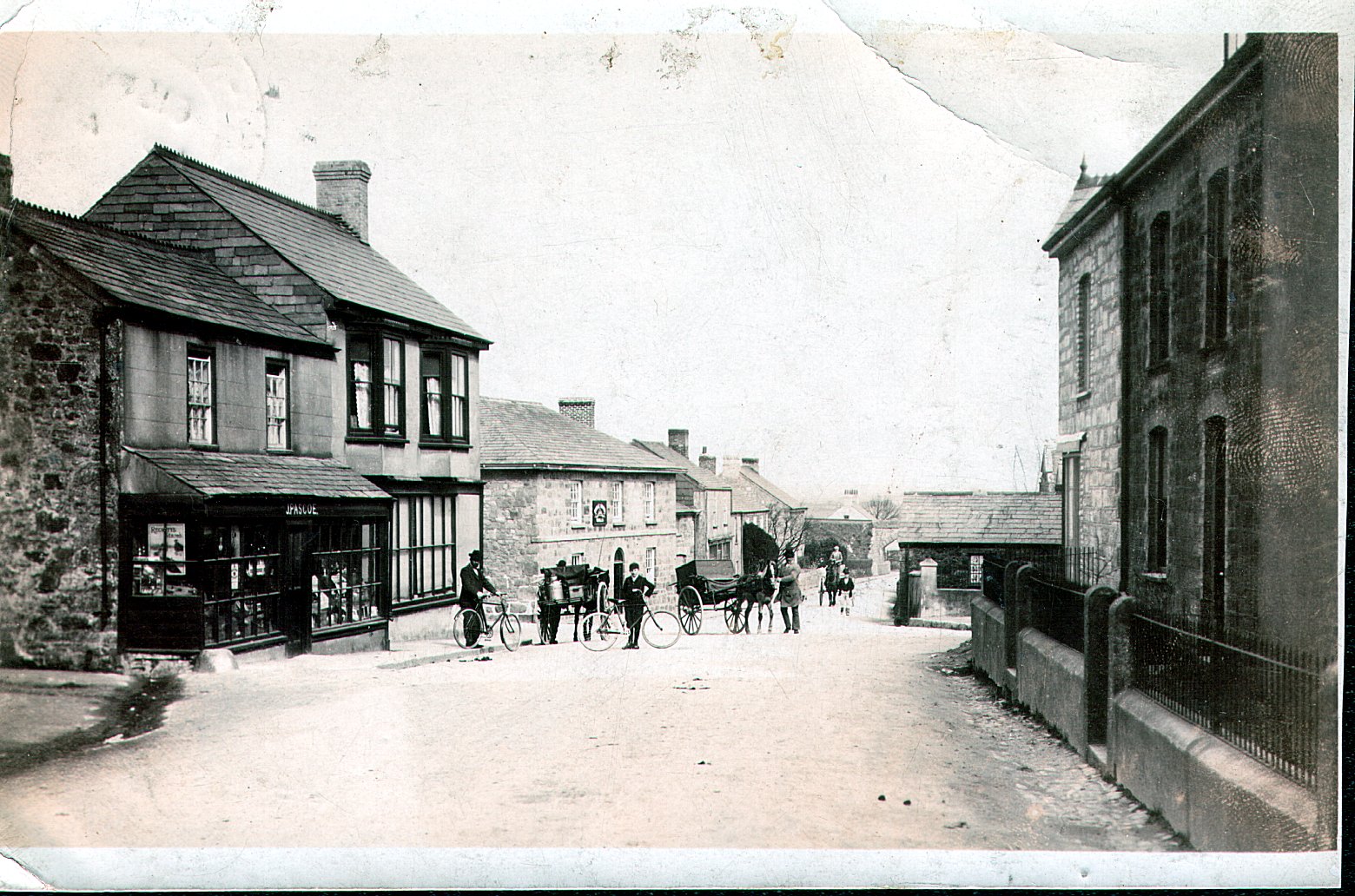 The British tradition in oral history is by no means undifferentiated. This article is all about what makes oral histories important, the rise of the digital revolution and the significance of the ‘still’ and ‘moving’ image through history.

For more information on oral history texts available in both digital and print, scroll down to the bottom of this article.

Rob Perks’s own study, Oral History: Talking about the Past, remains essential and invaluable in oral history studies. However, for those interested in the diversity of oral history and the contrasting national traditions and ideologies that underpin different theoretical approaches, the publication Narrative and Genre, 1998, (edited by M. Chamberlain and P. Thompson) is recommended. In particular, the article by Alexander Portelli, Oral History as a Genre, is one to take note of.

A more recent introduction on oral history comes from Graham Smith in The Making of Oral History, which you can access here.

For those with a more ‘philosophical bent’ who are interested in obtaining a sense of the ongoing academic debates on theoretical issues; the links between oral history, social and cultural history, or the evolution of oral history over the last forty years, and the role of paradigms and theory, see L. Abrams, Oral History Theory, which provides a good starting point.

Although it is not entirely concerned with individual testimony, the recording of the life stories of individuals and the accuracy of their memories has remained key for the oral historian in trying to recover ‘hidden histories’ that academic history has, for far too long, ignored.

It is no accident that one reason for the vitality of oral history has been the popularity of family history and the search for ‘roots’ and personal identity, often reflected in television series such as Who do you think you are? and websites such as Ancestry.

The work of local family history societies can, in many ways, be seen to complement the work of the oral historian, and in both disciplines the significance of the photograph and the family album has often proved pivotal in the recovery of lost memories and narratives – not just of individuals but also whole communities and social classes who were affected by great historical events.

For example; from the General Strike in the 1920s, the Holocaust of the Second World War, to far more recent examples of victims of ‘ethnic cleansing’ and survivors of natural disasters.

Survivor narratives have nowadays become a genre and the source of compelling historical testimony as much as primary sources, such as the chilling official statistics of casualties.

The ‘Still’ and ‘Moving’ Image

Despite the invaluable role of photographic records in releasing oral testimony –  before and during a recording session – then later in the illustration of the exhibitions, the history of both the ‘still’ and the moving image has, until recently, been seen as beyond the sphere and concerns of oral history.

Here, the unaccompanied voice (or the voice with the interviewer as accompanist) has reigned supreme, without the interference or ‘visual noise’ and distraction of black and white (or colour) of still or moving images.

The distinctive voice was particularly suitable to the medium of radio and also to the task of listening closely to a narrative (for example, an interview) instead of what was seen as the far more passive, yet possibly more entertaining activity of viewing a film, a pastime associated with cinema and popular leisure.

In the first half of the twentieth century, this was in part due to the limits imposed by the differing technologies associated with recording and the production of sound for radio broadcasting. This was in contrast to the recording of the visual in still photography and, later, the combination of moving image with a soundtrack in film production.

For the oral historian, the quality of the microphone and the tape recorder remained supreme until the arrival of cheap, easy-to-use video recorders and the digital media revolution. These simply and efficiently combined the soundtrack and moving (and, if necessary, ‘still’) images that had previously occupied separate spheres and could not easily be edited and mixed together by an amateur.

Thanks to the digital revolution oral history today faces new and transforming challenges that redefine the boundaries of the oral narrative and pose new problems for the genre of audio-visual testimony, with the interviewer or cameraman becoming more instrumental and, in some respects, acknowledging the significance of ‘directing’ and editing testimony to construct rather than to simply record oral history.

The neutral role of the interviewer is threatened if not undermined by the participation of the historian in the construction of a narrative rather than being the simple catalyst for the release of a memory.

While the value of the photographic image has been accepted and integrated within the recording conventions of oral history and as illustrative material for exhibitions, resistance to video interviewing and the distractions posed by the moving image has perhaps been much deeper.

As Dan Sipe argued in the Oral History Reader, oral historians were remarkably slow, even conservative in their reaction to digital media, and the ease with which still and moving images can be integrated with oral testimony. (See also The Future of Oral History and Moving Images in the Oral History Review, Spring/Fall, 1991, Vol. 19, N1/2, pp. 75-87).

In addition the work of film historians, particularly in relation to the history of home or amateur movies, has demonstrated the assimilation of visual and audio-visual cultural practices into the social life of ordinary people during the course of the twentieth century.

In some respects this spontaneous and autonomous popular audio-visual history was determined by ‘ordinary’ people recording aspects of ‘ordinary’ life. For the historian this can also be valuable evidence of the ways in which the home movie, as much as the earlier family albums, played a role in the construction of cultural narratives around home and work, domesticity and leisure, family and community events; even the significance of ‘What we did on our holidays!’

A cursory glance in my own family album reveals a series of photographs that span almost a hundred years and represent a visual ethnography of changing opportunities for men and women; from styles of dress and leisure activities to important family events and new career possibilities.

In particular, a sequence of photographs of my grandmother as Victorian child of the 1890s, young Edwardian mother on the eve of the First World War and later Grandmother and widow in the mid-1960s.

The work available on the history of photography is voluminous but Brian Coe provides the nineteenth century background and context in The Birth of Photography, 1800-1900, while the pioneering study of photographers in Cornwall remains with Charles Thomas who wrote Views and Likenesses: Photographers and Their Work in Cornwall and Scilly, 1839-1870.

Beaumont Newhall covers the period from 1839 to the end of the twentieth century in The History of Photography From 1839 to The Present, while the whole issue of family photographs is dealt with by Julia Hirsh in Family Photographs: Content, Meaning and Effect.

There is no single text dealing with home movies in Britain but the work of American historian, Patricia Zimmerman, on the USA should be consulted for those interested in the relevant debates. See Reel Families: A Social History of Amateur Film, 1995, and the collection of articles edited by K. Ishizuka and P. Zimmermann, Mining the Home Movie, 2008.

The relevance of the problems and possibilities posed for oral history by digital technology and the recording of the audio-visual interview is acknowledged in the continuing demand for advice and training from the Oral History Society.

Come September 2015 there will be a one day course titled Lives in Focus: Recording Oral History Interviews on Video, provided by the Oral History Society and National Life Stories from the British Library.

The emphasis will be on the practical aspects of organising audio-visual interviews, but will also examine the difference between an audio and a video interview.

Those interested in pursuing the practical problems of using video and presenting their project exhibitions in audio-visual, or multi-media formats may wish to start from there and are encouraged to consult the Oral History Society website for further information.

Hands on History: A Guide to Oral History

The British Library also has a large sound collection in its archives and supports oral history collection; see the recent Disability Voices initiative designed to chart the experiences of disabled people.

The Voice of the Past: Oral History by Paul Thompson.

See also the collection of articles from The Oral History Reader edited by Robert Perks and A. Thomson, 1998.